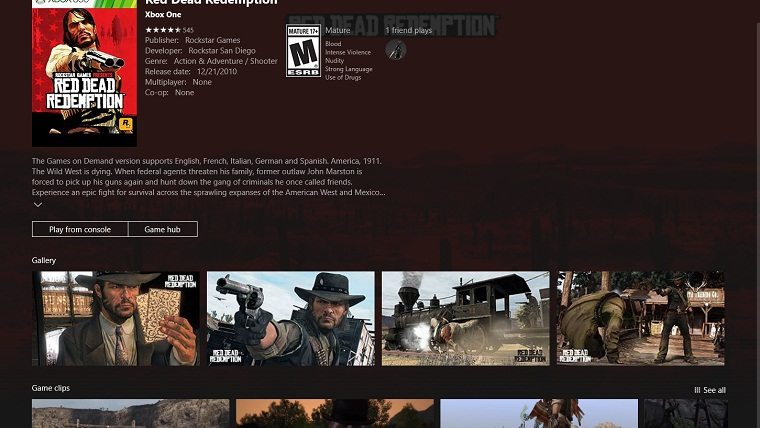 If you visit the online store via the Xbox App right now, it shows that Red Dead Redemption is available to play via backwards compatibility.

The following screenshot was taken by a user on Reddit. The screenshot shows that Red Dead Redemption should be playable on the Xbox One very soon.

We’ve known for a few weeks now that the game will be Xbox One backwards compatible, but Microsoft didn’t give a date on when it will be actually playable for all owners. The fact that the Xbox app shows that it should be playable could mean it will be available very soon.

Rockstar’s epic western was not the only game shown to be playable via the Xbox App store. Other backwards compatible titles include Bomberman LIVE and Worms 2: Armageddon. It’s possible all three games might be added very soon judging by this leak.

Red Dead Redemption was one of the most requested games to be playable on Xbox One along with the first Call of Duty: Black Ops game.

Both games have been confirmed, but gamers have had to wait a long time to play them. Hopefully this is a sign that at least one of them will be out sooner rather than later.