Claire or Leon. Make your choice.

Capcom’s upcoming Resident Evil 2 remake has all the makings of a landmark title for longtime fans of the series. Not only does it look absolutely incredible, but all the footage released so far paints as the best kind of remake: a faithful reproduction of the original that’s been adjusted for modern standards. It’s enough to get the more die-hard individuals among the fanbase to spring for Resident Evil 2’s fully loaded special edition, but what about those who aren’t quite so keen to drop $200 on a single game? It turns out that Capcom has them covered too, as they’ve just announced a couple of nice features packed into the horror game’s deluxe edition. 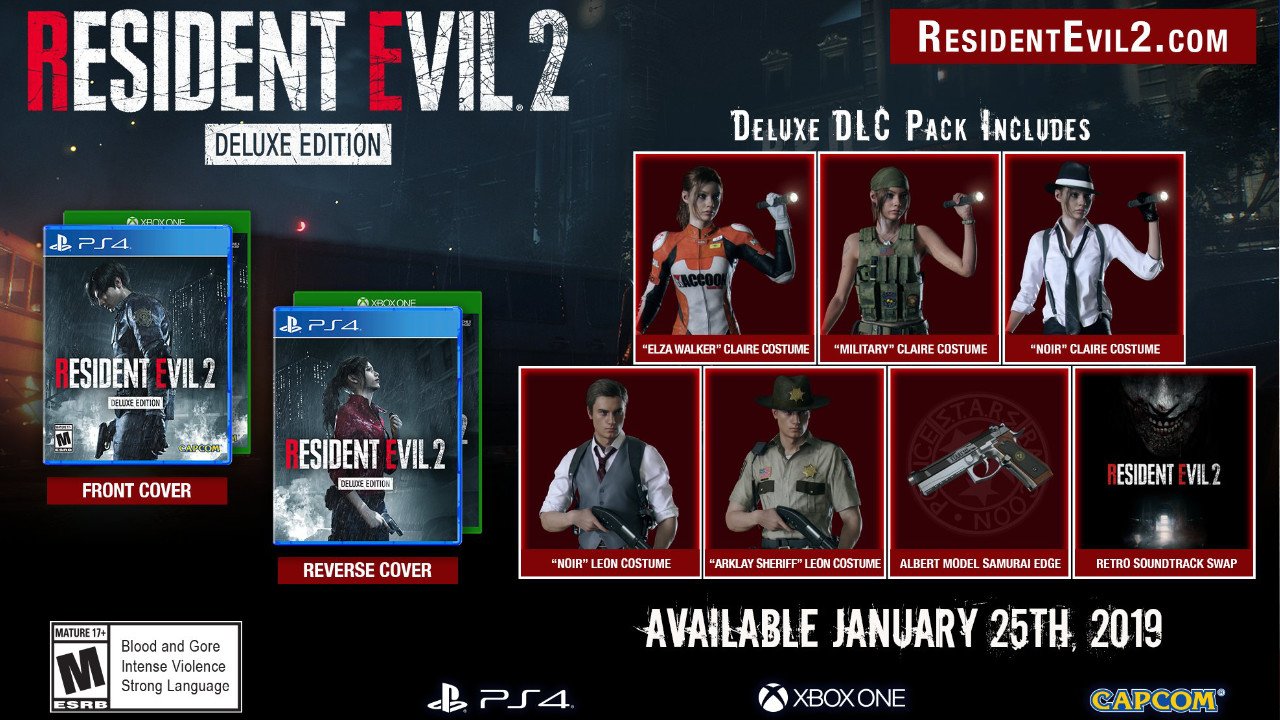 As seen above, those who go for the Resident Evil 2 deluxe edition can enjoy a reversible cover featuring Leon Kennedy on one side, and Claire Redfield on the other; not a bad feature for those who enjoy one protagonist over the other. Along with this, fans will also receive the “deluxe DLC pack” which includes three additional costumes for Claire Redfield, two for Leon, a unique pistol skin, and the option to swap between the game’s modern soundtrack and the classic tunes found in the PS1 original.

Most notable among these bonus costumes are the “Arklay Sheriff” and “Elza Walker” skins, as they’re both references to the original game. The “Arklay Sheriff” skin is a nod to the Arklay mountain region located just north of Raccon City and could possibly be serving as a reference to the canceled “Arklay” Resident Evil television show.

“Elza Walker,” on the other hand, is a direct reference to the development of the original Resident Evil 2. Elza was originally going to the be the protagonist of “Biohazard 1.5” before it was scrapped and remade into Resident Evil 2. Important parts of her backstory were eventually incorporated into the character of Claire, specifically her status as a former student at Raccoon university and her interest in motorcycles. It’s pretty exciting as far as skins go, as this might just be the first time the outfit has appeared in the series since Biohazard 1.5 was cancelled.

The Resident Evil 2 Deluxe Edition sells for $69.99, but it’s likely that the DLC will be offered as a separate purchase eventually if not right away. The “Elza Walker” skin aside, the ability to swap between soundtracks is a feature too valuable to constrain to a single edition forever, and if that gets offered as its own purchase, then the rest of this content likely won’t be too far behind.