A new survivor, a genuine end for runs, and a much needed lobby are included in the 1.0 release. 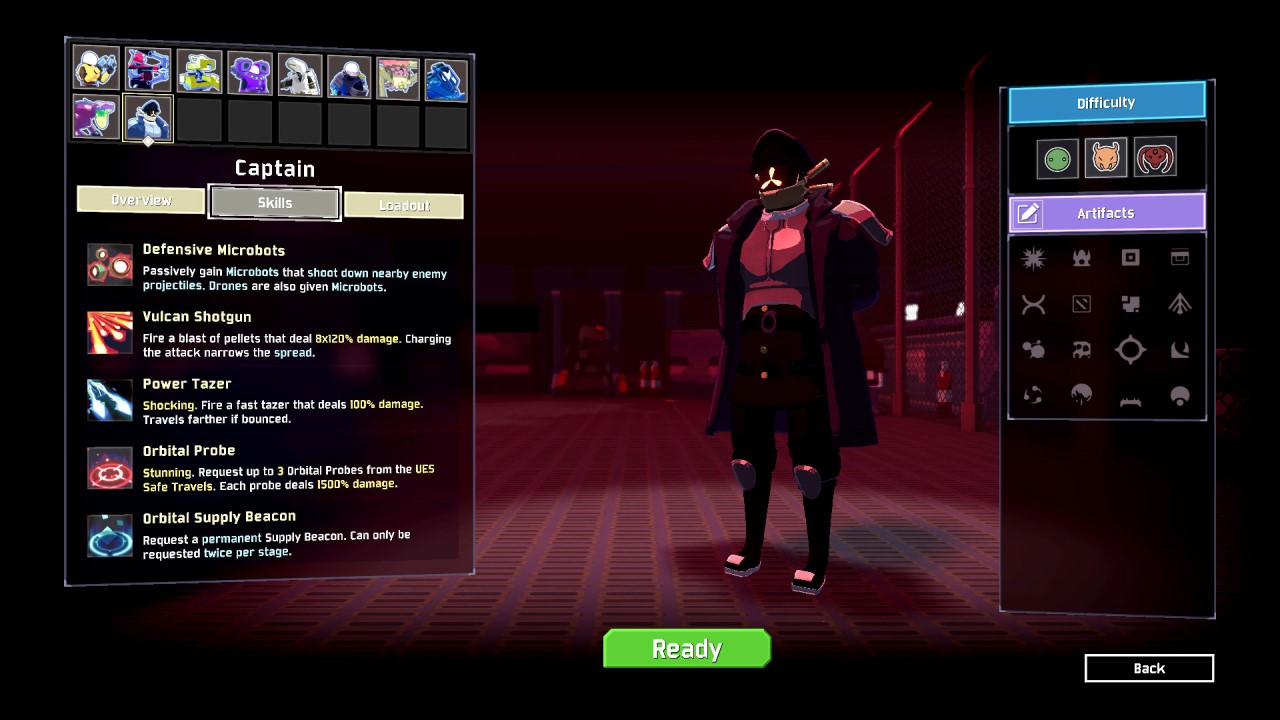 Risk of Rain 2 has officially left Early Access on PC . . . as of two days ago. Welp, better late than never I guess (for both the game and me reporting this). Hopoo Games’ sequel to their popular 2D roguelike has moved the experience into the third dimension, and with this 1.0 launch a host of requested features have been added to the game.

Risk of Rain 2 is complete on PC; console 1.0 launch still slated for Fall.

With the 1.0 release of Risk of Rain 2 for PC the third-person shooter roguelike has finally left Early Access. Included in the update is a new survivor (The Captain) a proper final stage and boss, some new items and equipment to acquire, and – perhaps best of all – a matchmaking lobby that replaces the former Quickplay option.

The matchmaking lobby is huge, because Risk of Rain 2 features many, many permutations and settings that made Quickplay a living nightmare. Players never knew what they were getting into, but with the lobby they can now filter damn near everything to find the best match. Don’t want to run with Artifacts? Sure, find a match without them. Feeling like some Monsoon action? Get after it!

The Captain rounds out the final roster nicely, rocking a dual-purpose weapon that acts as a shotgun until charged, turning it into a potent sniper. The microbots passive should help players survive errant shots, and the supply beacon will prove helpful during lengthy runs. The final stage and boss also serve to provide a proper end to runs, which would previously go on till the end of time (or, until you died). We don’t have a review up for it ourselves, but perhaps next week when I find some time I’ll dive in for the final assessment. I love the game on my Nintendo Switch, so I’m equally eager for the 1.0 launch for console later this Fall. Side note: the soundtrack is now available on Spotify.