Risk of Rain 2 To Leave Early Access in August on PC, Fall for Consoles 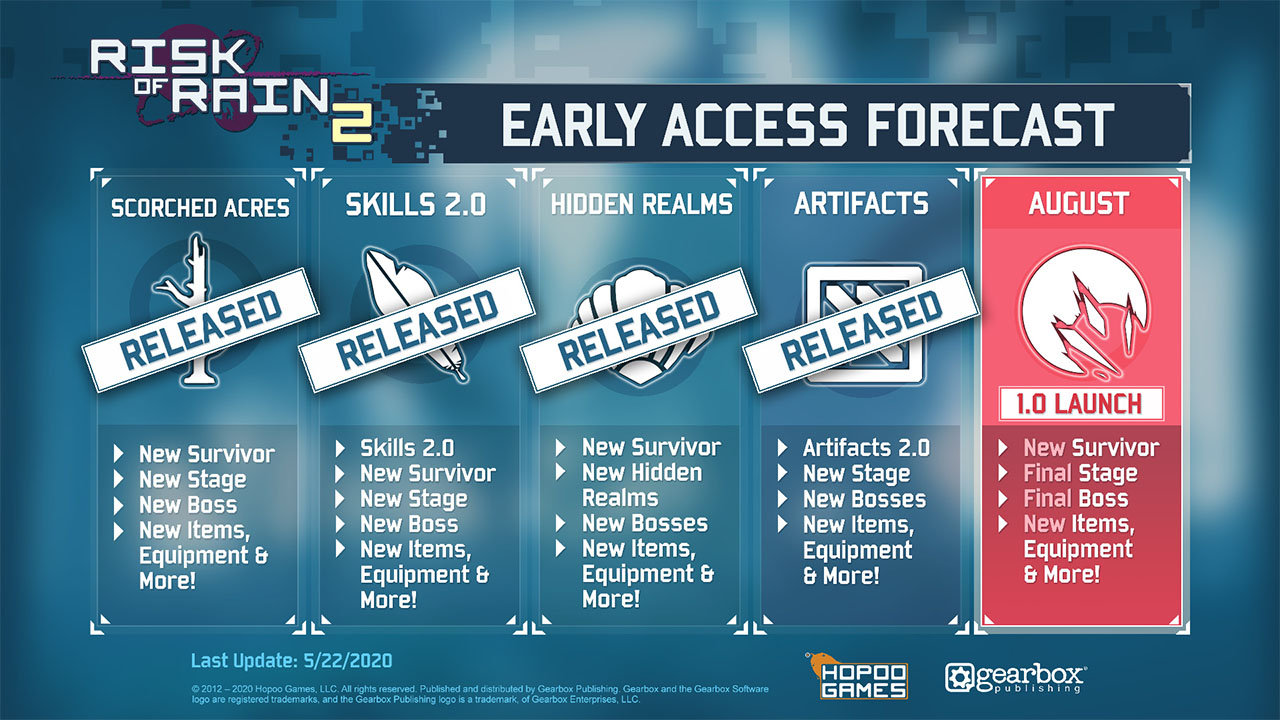 In a post shared over on Steam earlier today, Risk of Rain 2 developers Hopoo Games announced their third-person shooter roguelike will leave Early Access in August. Additionally, the console versions of the game will receive the Artifacts update as planned in June.

No specific dates were given, but Hopoo Games assured fans that the minor delay for 1.0 wasn’t due to the COVID-19 pandemic. Instead, the team decided 1.0 needed more time in the oven to better live up to fan expectations. The update comes with a new survivor, the final stage, final boss, new items, and more – such as the new server browser.

Hopoo admitted the current quickplay option was designed more out of necessity than anything, and now that the game has grown it hasn’t been placing players into the best of matches. Players will be able to browse a full server list once 1.0 launches that will display the number of players, difficulty, artifacts, and overall ping for each server. Also, players can opt to host either via a dedicated server or their own computer (using a peer-to-peer connection), which should help keep connections more stable.

I played quite a bit of Risk of Rain 2 last year when it dropped on the Switch, but put it down after a month because I wanted to wait for the finished product. That said, it was still a great game at that point and one I’d recommend. I’ll have to wait until Fall to get my hands on the 1.0 update (unless I buy Risk of Rain 2 again on PC, which is tempting at $20), but PC fans will only have to wait a handful of extra months. We’ll be sure to give the game another gander around that time for a full review.