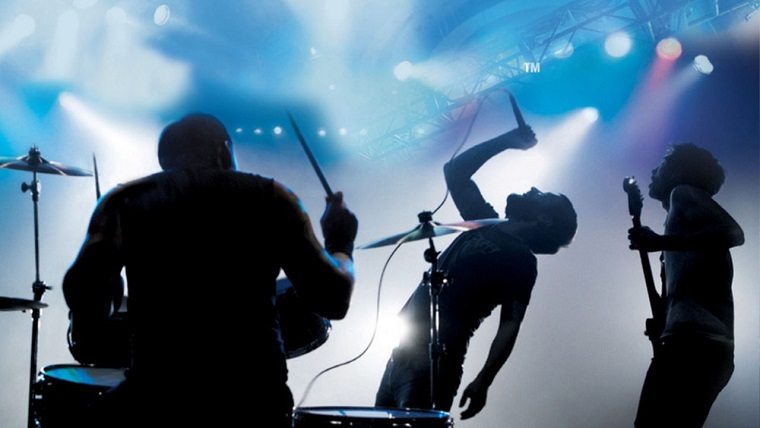 Upon the return of Rock Band 4 back in October, players were able to access the large collection of old DLC songs from the first Rock Band games. However, at that time, the exports for the soundtracks from full games like Rock Band 2 and such were not out. With Green Day: Rock Band’s export on Xbox One and Rock Band 3 available on both platforms now, it sounds like the Rock Band 1 export is coming very soon.

Back in the days of the old Rock Band games, each game came with a code on the manual that could then be used to export most every song from that game to the next game, which culminated in the ability to have Rock Band 1, Rock Band 2, Lego Rock Band, and Green Day: Rock Band all exported to Rock Band 3, as well as the track packs like AC/DC.

A few weeks ago, the individual tracks from the first Rock Band soundtrack popped up on the store, though not purchasable, which was previously a prelude to an impending release.

To celebrate the recent release of Amplitude, Harmonix held an AMA on Reddit today, which of course had a question on Rock Band 4 that inquired about the remaining exports, in which they said the following.

“In regards to Rock Band 4, the Rock Band 3 export is currently available at this time. Rock Band 1 is so close to being ready, and we’ll have more news on it very, very soon. Other legacy disc exports will follow Rock Band 1’s release, so that’s Rock Band 2, Lego: Rock Band, Green Day: Rock Band (PS4), and the 20 bonus tracks. Other expired content will follow those exports after all of that.”

The official Rock Band Twitter account had already said they weren’t coming this week, so the next few days appears not to be happening, but next week is very possible. Stay tuned for any details on when these go live, and hopefully the wait won’t be too long before we have access to the full library of songs possible in Rock Band 4.