Is Rock Band 4 Getting an Online Multiplayer Mode?

The latest news in the world of video games at Attack of the Fanboy
December 18th, 2015 by Kyle Hanson 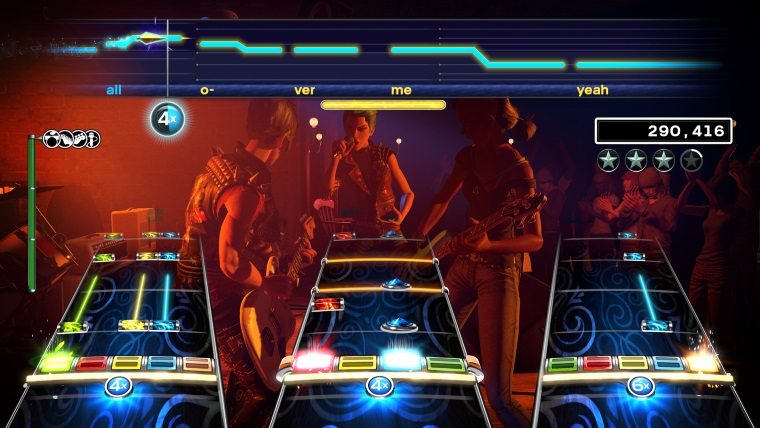 Ever since Rock Band 4 launched, one question has been asked pretty frequently by the community; where is the online mode? Harmonix’s typical response was that no one actually played the mode, with them frequently citing that a very small percentage of total players ever played against others online. However, many proclaimed that the missing feature was important to the Rock Band experience.

It seems that those requests could be answered soon, as Harmonix has issued a new survey soliciting feedback from the community on past online modes within Rock Band. The online survey gets the usual demographic information, before diving into the real meat of the questions. These include asking about previous games, and the modes that they contained, as well as ranking the importance of various features, both online and off.

There is also a section that has you rank the various aspects of the online modes that we’ve seen before within the series. This presumably could indicate that Harmonix is wanting to hone in on exactly what made past entries work, and what didn’t, so that they can deliver a more fine tuned online mode for Rock Band 4.

You’ll have to list out which features were most important to you, such as showing off your in-game character, showing others how much better you are at the game, or just being able to play with friends who don’t live nearby. The campaign also comes up a few times, so if you’re big on story within the Rock Band universe, now is your time to let Harmonix know.

The entire survey seems really focused on the online mode, showing that Harmonix is interested in bringing back the feature. If you’re one of the players that has been protesting its absence, you might want to get onto the survey and let the developer know.