Rock Band 4’s Career Mode Is More Rocking Than Ever

The latest news in the world of video games at Attack of the Fanboy
September 11th, 2015 by Dean James 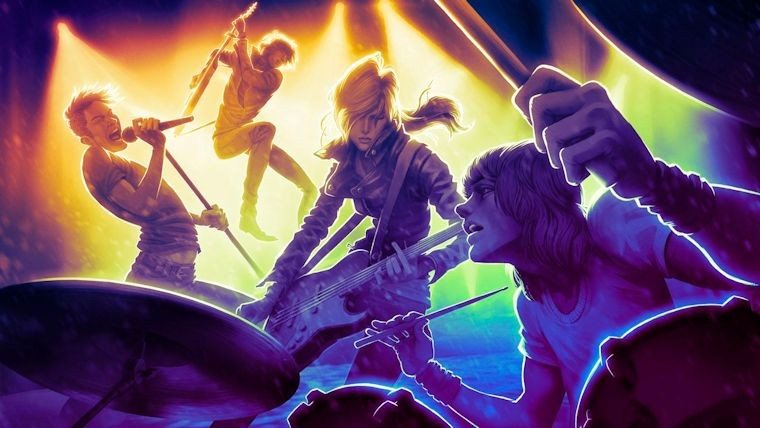 Rock Band 4 was announced earlier this year around the same time as the reveal of the return of Guitar Hero, bringing back a genre that got oversaturated a few years ago. We’ve been getting plenty of details of the soundtrack, but Harmonix has finally opened up with tons of details on Rock Band 4’s Career Mode.

Rock Band 4 starts off similar to past games, with you starting a band that is merely a hometown act at the start. From here, your true journey will begin as you get to decide the story of your band.

Harmonix describes how you will come across “unusual characters and circumstances,” which they say are taken from the actual experiences of the touring musicans that work at the developer. This means you will be making lots of decisions along the way, including whether you want to be a sell out or just get by, with plenty of memorable and even comical moments along the way.

The Harmonix blog shows off some specific situations, such as the decision to be either “Indie Darlings” or “Style Icons,” which decides which type of tour you will go on at that time. There are also plenty of other choices, such as what type of manager you want and plenty more.

You can also design your band and character much more than in the past, thanks to the capabilities of the current-gen consoles. This goes from hairstyles and facial hair to the details on clothing and more.

Rock Band 4’s Career Mode sounds like an absolute blast and I know I can’t wait to hit the road when Rock Band 4 hits on October 6 for Xbox One and PlayStation 4.