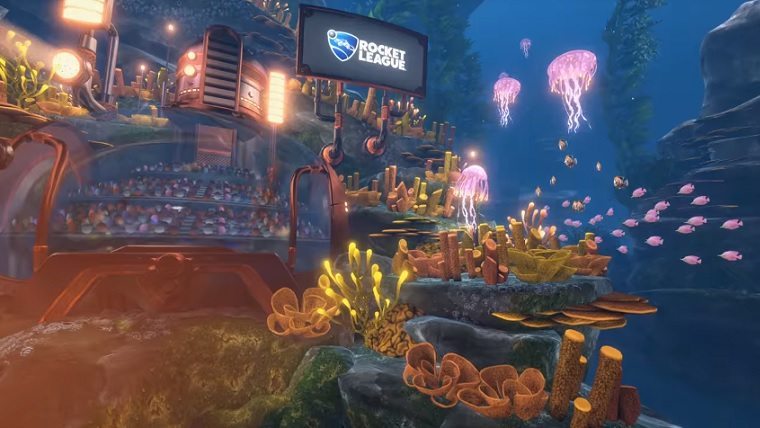 Psyonix announced recently that they would be taking Rocket League underwater with the AquaDome update, and that very update is available to download across all platforms today. The new update includes the new AquaDome arena for free along with two free cars, though there will also be two new premium cars that go for $1.99 each.

It needs to be stressed that despite this new arena taking place underwater, the gameplay itself takes place within a dome and matches will play just as they always have. This arena will be available to play in both casual and competitive playlists, which features undersea life that can be seen swimming around outside of the dome itself.

We most recently learned that developer Psyonix is considering adding PS4 Pro Support to Rocket League, as they were not willing to confirm or deny whether or not the support would be coming. They claim they are currently evaluating community interest as well as technical requirements, and they did not reveal when an announcement of their decision might happen.

Rocket League is available on PlayStation 4, Xbox One and PC. Check out the AquaDome trailer below.