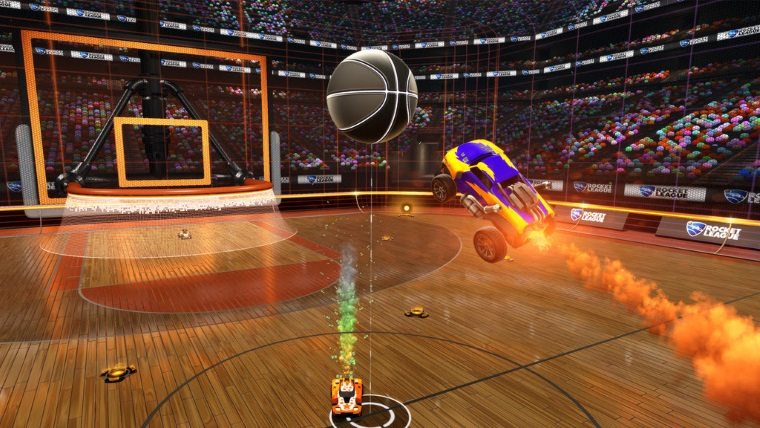 Psyonix has finally set an official release date for the Rocket League Basketball mode, otherwise known as Hoops. Players will be able to dunk on each other starting April 26th across PS4, Xbox One, and PC. The mode changes the physics and map structure of Rocket League, resulting in something that is more akin to basketball than the current soccer style game.

“Following the positive community reaction to the “Snow Day” Hockey Mode released late last year, Psyonix’s new Hoops mode adds a dynamic basketball twist to the wildly-successful soccer-meets-driving concept. In addition to the mode itself, Rocket League Hoops will also come with a FREE new arena called “Dunk House,” where the net itself can be used as a ramp for the ball, and Aerials and wall-play is the key to victory.”

The Rocket League Basketball update will be free for all players, though if you want to really get into the basketball spirit, there will be a special DLC pack available for $1.99. The pack offers you antenna flags for every team in the NBA, letting you represent your favorite in the game.

Along with the Rocket League Basketball release date came a new trailer, which you can check out below.