Rocket League – Fate of the Furious DLC Hits Next Month 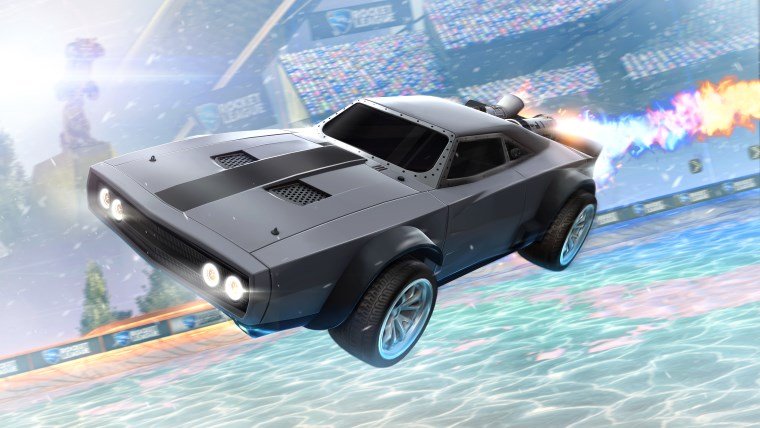 Rocket League is getting a brand new set of DLC cars all based on the upcoming Fate of the Furious movie, according to an announcement from developer Psyonix. Rocket League is no stranger to adding DLC cars, and has even had some based on movies such as Back to the Future and Batman vs. Superman. The new DLC will be available on April 4th with the film arriving in theaters on April 14th.

“Players will be able to get behind the wheel of Dom Toretto’s ride, the Dodge Ice Charger, as a premium Battle-Car sold for $1.99 USD (or regional equivalent). The Fate of the Furious vehicle will come with exclusive Wheels and six unique Decals: Clean Cut, Crazy Sandwich, Flames, Rakugaki, Rally, and CCCXL!”

You can check out all the cars featured in the DLC in the trailer below, which is perfectly stylized to look like the trailer from the movie itself.

The Fate of the Furious is the eighth film in the long running and extremely popular franchise, which began in 2001 with The Fast and the Furious. The series centers itself around cars and car culture, though more recent entries have gone way beyond the original films in terms of action, scope, and their general adherence to the laws of physics. This seems to work well for the franchise though with recent films earning over a billion dollars at the box office.

Merging Rocket League with the upcoming Fate of the Furious film makes a ton of sense, and this DLC pack is a great addition to the game, especially for fans of the movies. Psyonix has had a great track record with these DLC releases, making sure they are well priced and stick to just cosmetic items, rather than actual boosts for players in the game.

Rocket League – The Fate of the Furious Trailer