The latest news in the world of video games at Attack of the Fanboy
February 16th, 2016 by Scott Grill 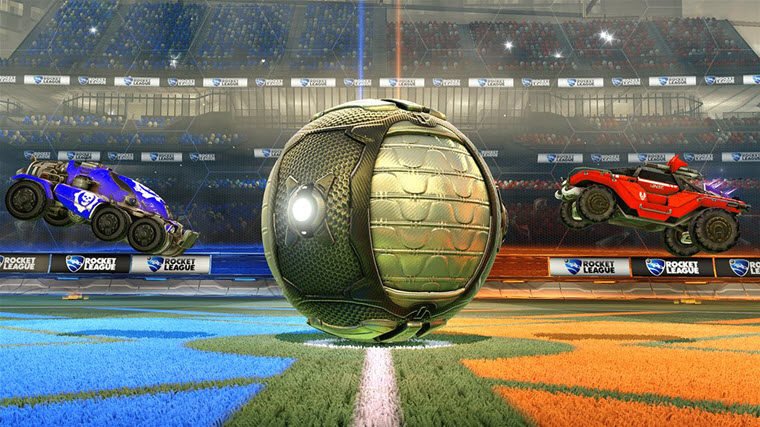 Xbox One owners can finally get a taste of why PlayStation 4 and PC gamers have been raving about Rocket League. Indie developer Psyonix’s soccer meets demolition derby game just landed on the Xbox Store Tuesday evening.

Rocket League costs $19.99 and is a 2.55 GB download for Xbox One owners. In addition to the base game, it also comes with the following three DLC packs bundled in at no extra cost.

That represents all of the Rocket League DLC with one exception. The Back to Future DLC pack is available separately on the Xbox Store for $1.99. All future DLC and free updates will be available on all platforms with the normal caveat of some platform exclusives.

Rocket League on the Xbox One also comes with a unique Gears of War­­­­-themed car based on the Armadillo armored troop carrier plus the Warthog made popular by the Halo franchise. There are also some Xbox One exclusive garage items, such as a Fizzie antenna and Overchage Rocket Trail based on Sunset Overdrive.

Season 2 rules are in effect for Rocket League at launch. This means players will be required to play 10 competitive matches to determine their skill rating. They will then be placed in three different divisions with four ranks each.

The new season is a completely fresh start for Xbox One owners, as PS4 and PC players had their Season 2 ranking largely based on how they performed during the first season.

The one thing missing from the Xbox One version of Rocket League is support for cross-play. The PS4 and PC have that included, but there are limitations such as not being able to chat with players on other platforms.