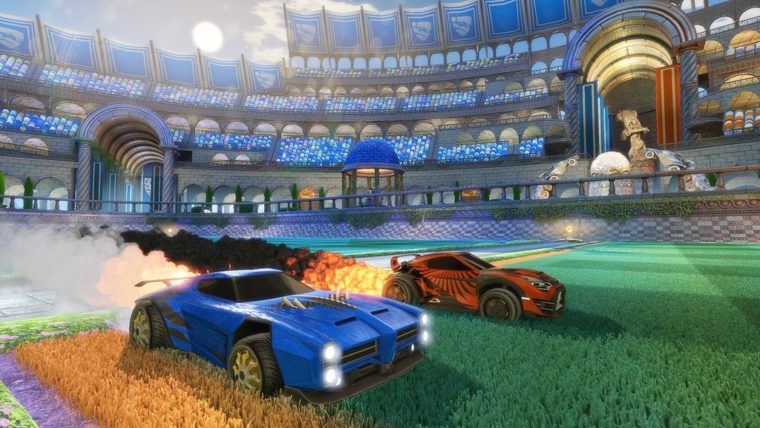 Rocket League has set a new record for total concurrent players, with 195,000 people online all at the same time. The record comes less than a week after the game launched on Xbox One, giving it an infusion of new players to join in the action. The total players come from across Rocket League PC, PS4, and Xbox One, though there was no breakdown given for each platform.

On Rocket League PC and PS4 you can see the total number of players online, but it is a combined total between the two. This is because these two versions of the game allow for cross-play, letting players play against each other regardless of platform. Rocket League Xbox One edition does not allow this, mostly due to requirements from Microsoft about Xbox Live usage for the game. You can also see the number of players active on here, but it will be just this small slice of the overall population.

The 195,000 players came on Sunday, with Saturday having already delivered a new record before that. On Saturday, 192,000 players were active in Rocket League at its peak. More an more people should be buying the game on all of its platforms, so as long as few decide to stop playing, it should set a few more records soon. Expect to see 200,000 before long, with higher numbers definitely possible over the coming weeks.

This is all even more astounding when you realize what an unknown quantity Rocket League was before launch. It’s own developer felt that getting 10,000 players total would be a surprise, having placed bets on that before launch. Of course, they very quickly passed this and haven’t really stopped for breath since. The game has definitely secured its place as a top sports title, and should become a big eSport soon as well, if the support continues to grow.