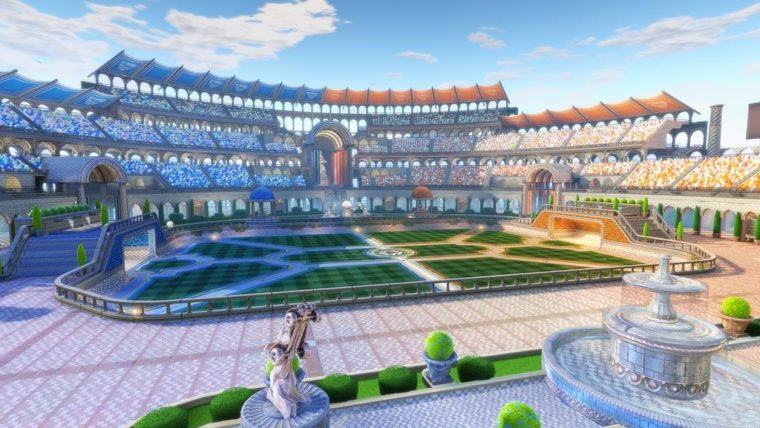 Rocket League Update 1.04 arrived a bit early last night, giving players a new free map, fixing some issues, and preparing for the paid DLC that will arrive on August 13th. This update was a long time coming, with many of its changes being requests from launch day.

Those changes include changing the current 3v3 Solo Ranked playlist to 3v3 Team Ranked, allowing you to join in with two of your friends. This should raise the skill level of the more popular Ranked playlist, as teams can join together, offering a greater challenge.

Along with this comes the forfeit option that was promised alongside the quitter punishment. Currently, if you quit out of a ranked match you will be banned from matchmaking for 15 minutes. However, if the other team is clearly dominating you, it might not be worth your time to play the full five minute game. Now teams can vote to forfeit, letting you move on quicker, and without the ban.

The highly anticipated spectator mode has also begun to creep into the game. Currently it is just limited to Private Matches, which is where it might remain, though matchmaking would be a nice addition. When starting a Private Match simply choose to be a spectator and you’ll be able to view the action as though you were in the replay editor.

However, the biggest addition has to be the new map, Utopia Coliseum. Still featuring the standard rectangular arena, Utopia Coliseum is an homage to a level from Rocket League’s predecessor, Supersonic Acrobatic Rocket-Powered Battle-Cars.

The update also adds in support for the paid DLC, Supersonic Fury, which will arrive on August 13th. While the menu option is there, you won’t be able to buy the pack just yet, so be patient and check again tomorrow.

You can check out the full patch notes here. Rocket League is available now on PS4 and PC.