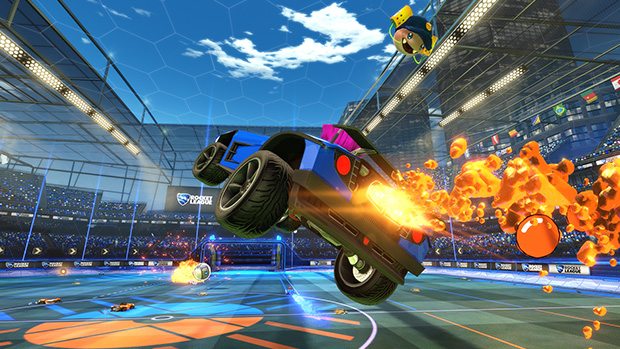 Microsoft has now confirmed the exact release date of the Xbox One version of Rocket League. You only have to wait one more week to play it. Not to mention some exclusive items have also been added.

Microsoft confirmed via the official Xbox website that the Xbox One version of Rocket League releases on February 17th, 2016. Thanks to Psynoix and Panic Button, both developers have been able to bring this version of the game “with a high level of performance and fidelity“.

Three previously released DLC will also be included to this version of the game for free. The DLC includes several cars and decals, plus lots of other items. You can read all of the details about the free DLC below.

Two new exclusive vehicles will be available to Xbox One gamers. “The “Armadillo” from Gears of War and the Warthog variant from Halo, dubbed the “HogSticker” have been added to the game alongside items such as “Fizzie and the Overcharge Rocket Trail” from Sunset Overdrive. The game will cost $19.99.