The latest news in the world of video games at Attack of the Fanboy
December 11th, 2017 by Kyle Hanson 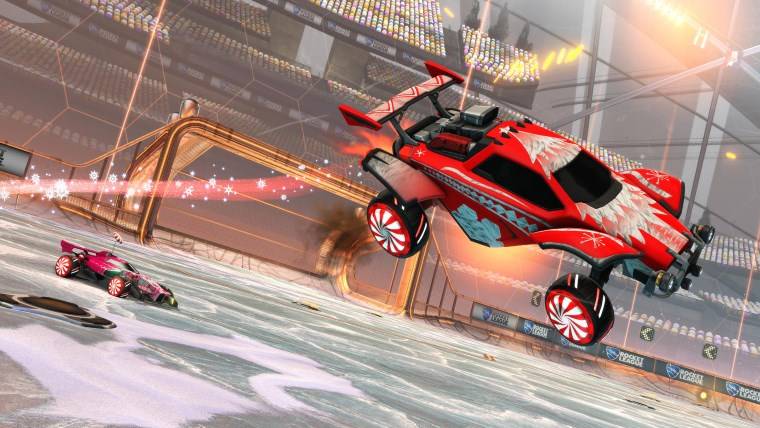 Holiday events are pretty much the norm these days for multiplayer focused games, and Rocket League usually has one of the best. This year the Rocket League Frosty Fest will offer players tons of new Christmas themed cosmetic items to unlock. The event begins later today and looks to be an enhancement over the popular Haunted Hallows event from Halloween.

“Starting December 11 at 5pm PST (8pm EST, 2am CET on December 12), Frosty Fest is based on the same kind of in-game Event you experienced previously with Haunted Hallows back in October,” explains Psyonix. “As you’d expect, the Event format is the same as Haunted Hallows, with ‘Snowflakes’ currency replacing the Candy Corn you earned with every completed Online Match. You can redeem Snowflakes to purchase Event items, Decryptors, or the brand new ‘Frosty Fest’ Event Crate!”

The Frosty Fest Event Crate will also drop randomly after online matches, so you don’t have to purchase anything to take part and get the exclusive, limited items. Decryptors were the most popular item during the previous event, allowing players to open crates without having to buy a key. They were limited to only three Decryptors though, which is something that will change for the Rocket League Frosty Fest Event.

The Event ends on January 2nd, so be sure to get playing.