The latest news in the world of video games at Attack of the Fanboy
May 29th, 2015 by William Schwartz 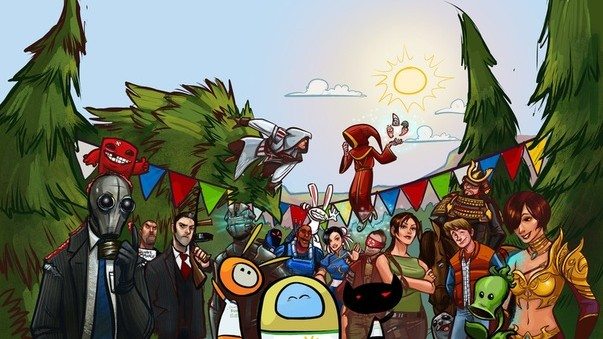 It is almost that time of the year again with Steam Summer Sale wanting our precious wallet. It appears though that we may already have a date for the sale and it is only a few weeks away.

According to a post on a Russian networking site, VK made by the user Steam who has 300,000 followers on the social networking site. The Steam sale is reportedly set to start on June 11th and run through June 20th with an “Encore” sale running from the 20th to the 22nd. Below is the rough translation via Google Translate.

“Steam Sale starts June 11 at 20:00 Moscow time. June 20 to begin “Sale Encore,” which will involve all the companies that participated in the summer sales. The very sale ends June 22 at 20:00 Moscow time. About events and other details so far unknown. Also we advise to read our guidance on sales, not to spend all the money in one day. # @ steam sale”

Since none of this has been confirmed it should be taken with a grain of salt, but the evidence seems to go hand in hand with how Steam Sales usually go. Last year the sale started around June 19th so this would be a bit earlier than the previous year if it were to be true. I wouldn’t be too surprised if this turned out to be true. Either way, it means that we are nearing the time of the year where we prepare our wallets for Lord Gaben. Is your wallet ready?