The latest news in the world of video games at Attack of the Fanboy
July 29th, 2017 by Mark McLean 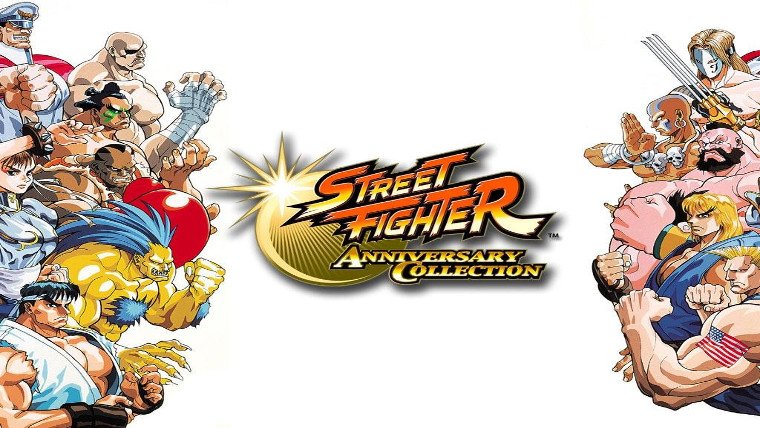 August 30th will see the 30th anniversary of the release of  the original Street Fighter game into arcades, and the birth of the Fighting Game genre as we know it (there had been head-to-head fighting games before – Way Of The Exploding Fist and Yie Ar Kung Fu among others – but Street Fighter set the template for everything that was to come and that we now consider standard, big sprites, special moves and multi-button inputs). Capcom will no doubt be planning to mark the date with celebrations, and one of those may have been accidentally revealed.

Internet rumours are currently reporting that German retail site Coolshop has listed a product description for a Street Fighter Anniversary Collection for PS4 and Xbox One, which at the time of writing has now been removed from the site. The original listing (preserved here on NeoGAF) suggests a re-release of the collection that came out for the PS2 and original Xbox for the 15th anniversary.

This on its own would be great news, but the plot thickens – Twitter user ShinKendo has suggested that the description was merely a placeholder and that more could be added to the new package, which would suggest the addition of Street Fighter Alpha (set before Street Fighter 2, but after the original game), or possibly even something from the 3D spin off series Street Fighter EX.

Now this is all speculation at this point, but Capcom have never been shy of a re-release or three, and the prompt removal of the listing adds more weight to the rumor. We’ll keep you posted as and when we have more concrete information.