The latest news in the world of video games at Attack of the Fanboy
October 27th, 2017 by Jose Belmonte 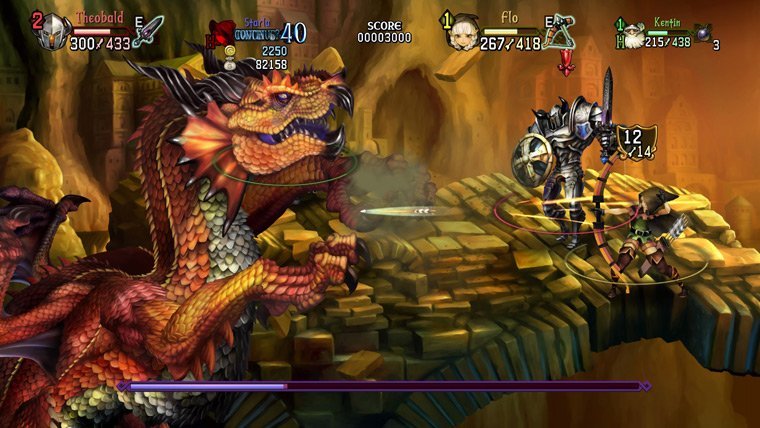 Atlus has released a lenghty new trailer of Dragon’s Crown Pro, the remastered edition of the acclaimed action RPG. The video focuses on showcasing different features like job classes, weapon selection, side characters, and multiplayer mode either locally on PS4 or across all PlayStation platforms. There is also a fun cooking minigame that provides different benefits to the characters.

Developed by VanillaWare, Dragon’s Crown Pro offers a modern take to the classic genre of 2D scroll action RPGs, featuring a classic medieval fantasy adventure in which players choose their hero among a wide variety of job classes, each one featuring their own unique combat style and attacks. This remastered version for PS4 adds a newly recorded soundtrack using a live orchestra, the option to choose from English and Japanese voices, and support for 4K resolution on PS4 Pro. However, all these new features won’t prevent cross-play with PS3 and PSVita.

While the game has still not confirmed a release date for North America and Europe, Japanese fans will get to purchase a special edition named Royal Package, including an art book and the newly recorded soundtrack in three CDs. All first print copies will also receive a brand new digital gamebook titled “Treasure of Demon Island,” in which players go through a new adventure using a dice to move.

Dragon’s Crown launches in Japan for PS4 on February 8, 2018. Watch the new trailer below.