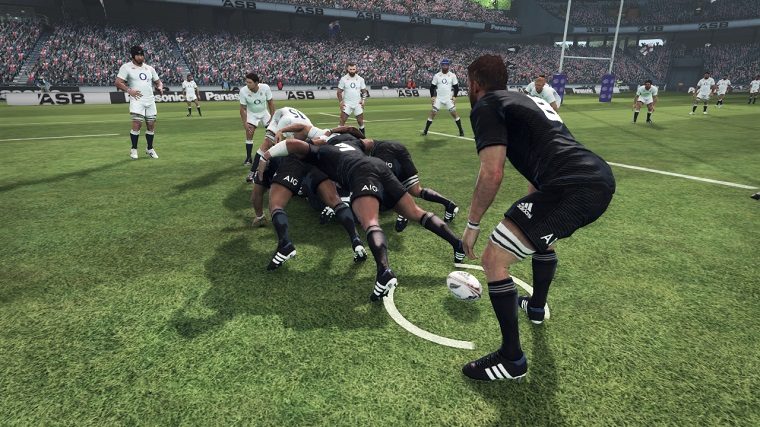 Tru Blu has now released the first gameplay trailer for Rugby Challenge 3. The game will be out later this month on console platforms.

Here’s a brief description: “Tru Blu Entertainment in conjunction with game developer Wicked Witch Software are proud to announce the upcoming release of All Blacks Rugby Challenge 3 for PlayStation 4, PlayStation 3, Xbox One and Xbox 360.

The game will feature key Rugby powerhouse teams such as the Wallabies, All Blacks, England, Springboks and more, all under official license.”

The game has many official stadiums such as Eden Park, Twickenham Stadium and more. It’s the first time that the series will be released for the PS4 and Xbox One consoles.

A change in this game is that it’s being developed by Wicked Witch Software. This Australian developer is more famous for making the AFL Live video games. The developer takes over from the New Zealand based Sidhe Interactive who made the previous Rugby games.

The first gameplay trailer will give you an idea of how the gameplay and graphics are like. It doesn’t appear that the game has made a huge change, but this is a good thing as the older games were fun to play.