The latest news in the world of video games at Attack of the Fanboy
June 25th, 2014 by Kyle Hanson 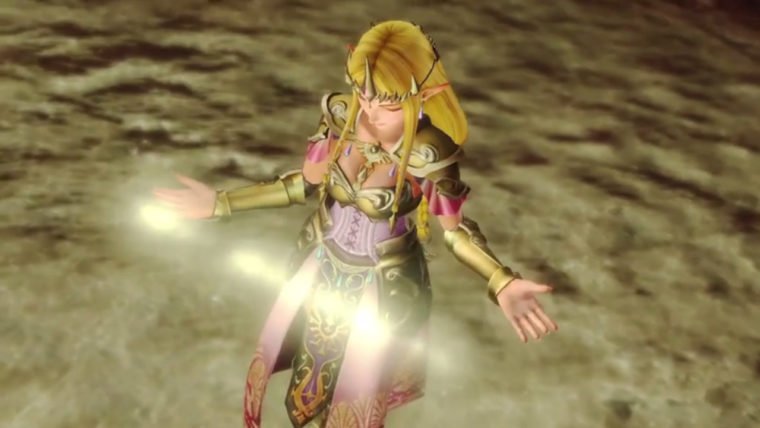 Hyrule Warriors‘ release date is fast approaching with us knowing very little about the multiple playable characters featured in the game. We’ve seen our fair share of Link, and had a couple of other characters announced. Now, Tecmo Koei and Team Ninja are releasing videos highlighting each of the known playable characters. The first two have been released starring Zelda and her stalwart protector Impa.

Hyrule Warriors is a The Legend of Zelda themed entry in the Dynasty Warriors series. You will play as many of the classic characters from the franchise as you do battle with huge armies of Zelda style enemies. Recent announcements revealed the inclusion of Zant and Midna from The Legend of Zelda: Twilight Princess, and more characters, both playable and non-playable are expected to be revealed soon.

I had a chance to check the game out while at E3 and came away pretty impressed. I am not a huge follower of the Dynasty Warriors series, but am a giant Legend of Zelda fan. The gameplay is somewhat improved from past Dynasty Warriors games, allowing me to enjoy my time, while being able to immerse myself in the world that I love. It was still a lot of hack-and-slash gameplay that eventually led to a more interesting and nuanced boss fight, but something about those enemies and characters being from the Zelda universe allowed me to get over the repetition that had bothered me so much before.

Once more characters are available to play, and more levels open up I can easily see this becoming one of the more interesting entries in the Zelda franchise. If it does nothing else, it will at least bring back much beloved characters from past entries in the series. Many of which would not be possible due to the nature of the Zelda timeline.

Hyrule Warriors will release exclusively for Wii U in August in Japan, and late September for all other countries.