Senran Kagura Estival Versus Gets Some New Info Via ESRB Rating 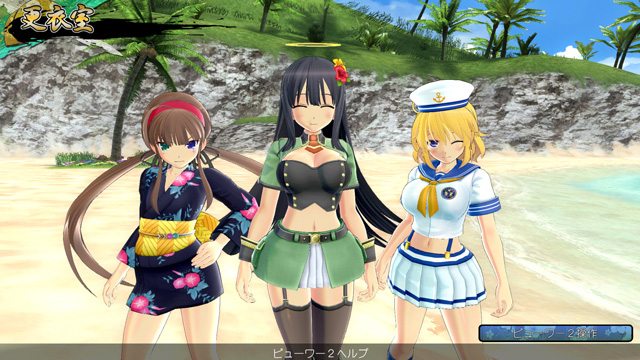 Senran Kagura Estival Versus has some new information as shown by the game’s rating received via the ESRB.

The rating summary: “This is an action game in which players lead one of five shinobi factions through battles on a mysterious island. Players punch, kick, and use weapons (e.g., swords, scythe, rifles) to defeat humans and creatures (e.g., wooden golems, cat girls) in melee-style combat. Battles are accompanied by cries of pain and impact sounds. By inflicting damage, players can cause human opponents’ clothing to rip apart, revealing lingerie/underwear or partially nude bodies—breasts/buttocks obscured by bright lights and orbs.

In one mini-game, players can repeatedly tap on a female character’s body to remove her clothing. Some gallery images depict female characters with exposed buttocks; pictures sometimes depict characters groping at breasts. The dialogue also references suggestive/sexual material (e.g., “Please, kindly, may I grope your boobs?” and “Y-you’re rubbing it all. . .Ahh?! Auh!”). The words “f**k” and “sh*t” appear in dialogue.”

As you can see from the rating summary, this game is not very shy with its sexual references. The game will be released later this year for PS4 and PS Vita.