The latest news in the world of video games at Attack of the Fanboy
January 26th, 2018 by Kyle Hanson 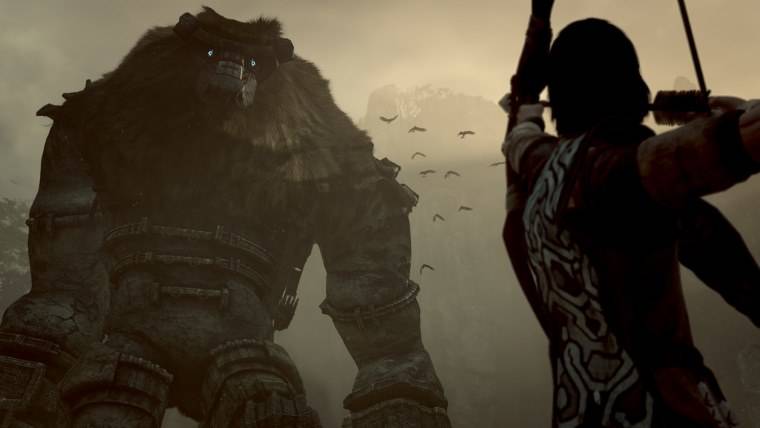 Remakes are always tricky things, especially when the game being remade is a well regarded classic, such as Shadow of the Colossus. Sure, you can just take the original title and improve the graphics, maintaining the gameplay in its original state, but that might alienate more modern gamers. And really, who’s to say your graphical improvements make the game better. Silent Hill 2 had its fog removed and the game was ruined. So, with all of this weight coming down on the shoulders of Bluepoint, the makers of Shadow of the Colossus on PS4, they took some time to explain their process.

“The changes that come across in the game are very thoughtful changes,” explained Randall Lowe, producer on Shadow of the Colossus for PS4. “We worked hard to preserve the way the game felt, while making the control scheme more comparable to the Uncharteds and the Horizons of the world…Making the game the way you remember it is the most important mission we have, regardless of everything else.”

Very few things were actually changed in the final build of the game. For example, despite games mostly shifting toward mobility, Shadow of the Colossus still has you plant your feet firmly before firing off any arrows. It might feel disjointed to those expecting a more action-heavy experience, but everything here was deliberate. “The way Wander moves throughout the world is heavy. It’s not light and fast and arcadey. He carries the burden of his actions in how he moves.”

Peter Dalton, technical director on Shadow of the Colossus for PS4 added “We ask ourselves: what does the user find endearing about this game, and are the changes that we’re making enhancing that feeling of nostalgia and love, or is it going against that sort of feel?”

Shadow of the Colossus arrives on PS4 on February 6th, 2018.

Remaking a Masterpiece: Shadow of the Colossus for PS4