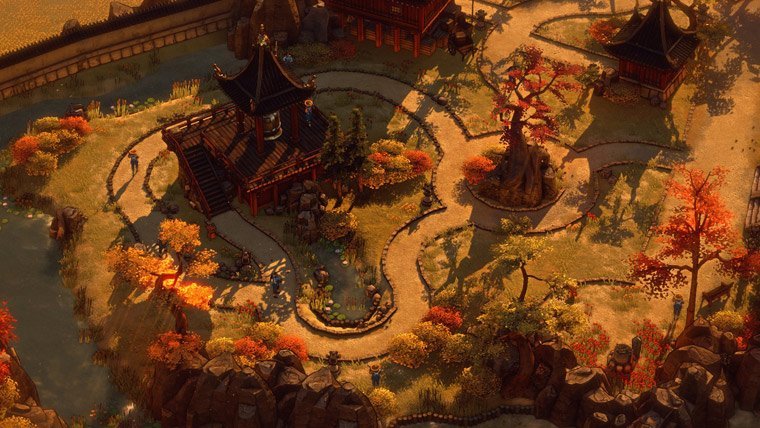 The acclaimed strategy game Shadow Tactics: Blades of the Shogun, from Mimimi Productions, is making its arrival on consoles very soon. Distributors Daedalic Entertainment and Kalypso have announced that Feudal Japan-set title will be released on PlayStation 4 and Xbox One on July 28th. With a gameplay based on real-time strategy, the game has been described as a spiritual successor to the iconic Commandos trilogy, which will make an excellent addition to the catalogue of each console.

The arrival of Shadow Tactics to consoles is a great news for fans of the strategy genre. Released on PC at the end of 2016, the game holds an impressive score of 85 on Metacritic, which has made some to see it as the long-awaited return to form for hardcore-strategy games.

Set in Japan in 1615, the game puts players in control of a squad of warriors of very different skills to investigate a plot that seeks to assassinate the new shogun. The campaign is divided in long missions set in castles, mountain monasteries or camps hidden in the forest. In order to go through each stage filled with enemies, players will need to use each member of the group and coordinate their actions. Some characters will be able to kill enemies throwing shuiruken, set traps, disguise themselves as a geisha, or even use a rifle.

This is a very demanding title that requires players to put all their attention on the mission and make as few mistakes as possible. For example, each enemy will feature a cone of vision that will detect any member of our group or any corpse that players leave on the ground. If any guard raises the alarm, additional enemies will start patrolling the scenario. This mechanic of studying the enemies’ moves and taking them down one by one, and the beautifully detailed backgrounds have earned Shadow Tactis be compared with the classic Commandos series.

Shadow Tactics: Blades of the Shogun will be released on PS4 and Xbox One on July 28th.