Shuhei Yoshida and Mark Cerny on the PS4

After revealing the PS4’s price and release date in Japan, the Japanese magazine Famitsu sat down with the lead architect Mark Cerny and the president of SCE Worldwide Studios, Shuhei Yoshida, to get their perspectives on the PS4 and the idea behind it.

As Yoshida put it, ” I just couldn’t wait until we could announce PS4 details [in Japan]. Ever since the February unveiling, we weren’t able to give Japanese users details about release date and price, and with the software as well, our overseas presentations were chiefly centered on Western studios. I can understand how Japanese users are getting impatient; for us, we didn’t have an opportunity to give the news, so I’m happy that we can do it for good now.”

“It’s been five years since we began thinking about what kind of system the PS4 should be, so I’m happy we’re able to reveal it,” Cerny added. “We had two goals for PS4 development. One was performance. Boosting the performance of the CPU and GPU means prettier graphics and more interactive worlds inside the games — in other words, we can have game experiences that put you in the world like never before. Our performance goal was to produce specs ten times those of previous consoles, and as a result, I’m confident this is the best-performing game system in history.”

The second goal, according to Cerny, was “ease of development”. He also added, “We asked assorted creators what kind of functionality we should put in, and we used their responses as a base when we finalized the hardware architecture. We’re aiming for not just performance, but also an environment setup that allows for smooth PS4 game development.”

As Cerny explained, “Small-scale projects don’t even take a month [to reach the point where they are playable PS4 prototypes],” Cerny said, “and even big titles can get rolling in two or three months. As a result, I think we’ve built one of the neatest launch lineups in game history. With our PS3 experience, we understand the factors needed for powerful, effective development, so that’s why we treated our twin goals of performance and ease of development so seriously. Thanks to that, I think we were able to reduce development time on Knack by around a year.”

Yoshida also explained the thought and design process behind the DualShock 4 controller. “We created a lot of different shapes before we settled on this controller. You see new devices and sensors go on sale every year, and the way games are played change along with that. So instead of just making the DualShock 3 into the DualShock 4, we just tried to get as many ideas out there as possible. The hardware team would say ‘We have this device’ or ‘We could do this’, and the dev studios would say ‘Make the R2 button easier to press’ or ‘ Make the analog sticks more sensitive’. In the end, the grips are longer, the center of gravity in a different position, and overall it’s a fair amount different from the DualShock 3.” 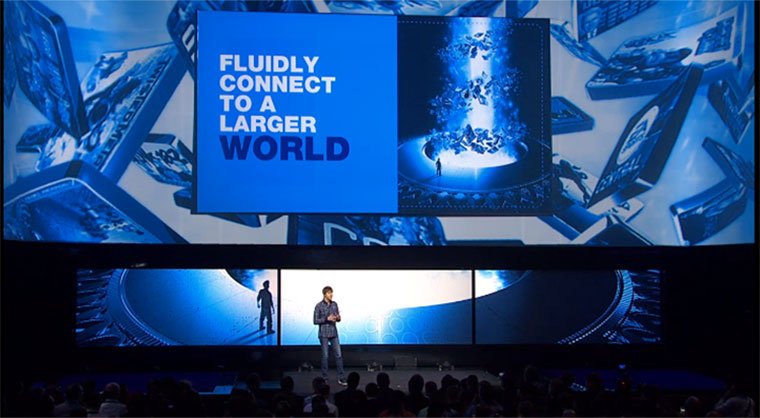 When asked about the infamous drought that follows a console’s initial launch, Yoshida countered by saying, “That’s why we’re trying to give our help out to indie titles. Huge titles from large makers take time to develop; they can’t just be brought out immediately. However, with the indie scene, especially in the West, we’re seeing really neat games coming out from there pretty much every week. I’d like to get that indie flow going in the Japan market as well, with unique titles coming out one after the other. More and more users are making digital purchases these days, so even studios making games with small teams can make it into a business.”

Cerny concluded the interview by saying, “The PS4 is really easy to build games on. I think we’ll see a variety of products coming out from lots of creators. I’m confident that the system will allow many creators to get involved.”