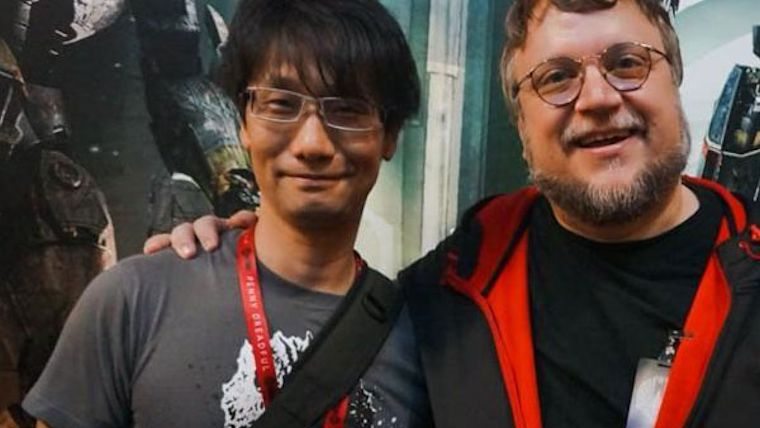 Hideo Kojima has been on a traveling spree since his departure from Konami at the end of the year and his subsequent partnership with Sony. This has featured him visiting many of Sony’s studios as he prepares for his next game, but now he’s going to have a very familiar face visiting him instead later today.

As everyone knows by now, Silent Hills was once a project featuring a team-up between Kojima and movie director Guillermo del Toro that has fans incredibly excited after the release of the PT demo. However, it was one of the casualties in the Kojima and Konami break up, leaving us very disappointing.

While they are no longer working on Silent Hills together, del Toro revealed on his Twitter late last night something very interesting.

“Traveling to meet Kojima-San tomorrow. Not much tweeting until weekend. I’ll try to retweet neat stuff.”

This meeting is going to be occurring around the DICE Awards later today, but it is still bound to spur plenty of speculation about the possibility of the two working together on a game again, though del Toro has stated since the Silent Hills fiasco that he would not be working in games ever again. He had however expressed a desire to work with Kojima again in some way though.

Hopefully del Toro and Kojima will share some details about their meet up through Twitter, though I’m sure anything they show will just be about them hanging out and not anything about game development.