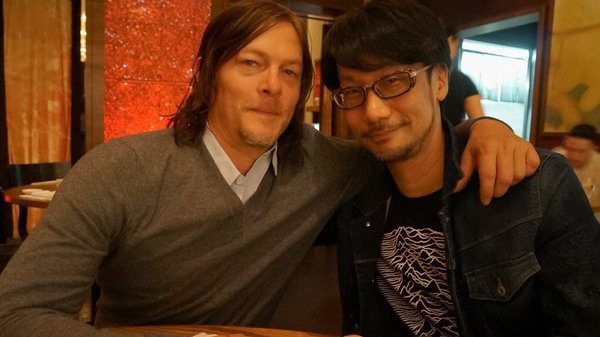 We all know that Konami painfully cancelled Silent Hills after they had a disagreement with Hideo Kojima. However, things might be looking up for fans as Kojima has updated Norman Reedus about what is currently happening.

Whether or not Reedus will be involved in Kojima’s next game remains to be seen. It is interesting that Kojima is telling him about the future of his company. Maybe something more can materialize from this if Reedus’ schedule is free.

We do know Kojima Productions is in the middle of prepping its next video game title that will have some help from Sony. It will be an original IP since most of Kojima’s previous games are owned by Konami.

Technically, Kojima could make something similar to his original vision of Silent Hills since that is an IP that does not rely on a famous character. Kojima could make another horror title starring Norman Reedus and call it a different name such as ‘Mute Mountain’.

Would you like Hideo Kojima’s next game to be something similar to Silent Hills or do you prefer something new entirely? Let us know in the comments section below.