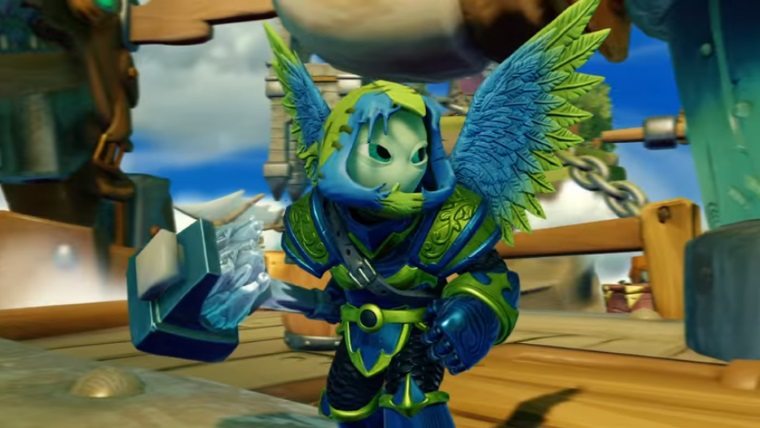 Well, we said that the announcement of a new Skylanders game would be coming very soon, and we were right. Activision has just revealed Skylanders Imaginators, the latest game in the toys-to-life mega hit. Along with the pre-E3 reveal came the official release date for the title, which will hit North America on October 16th.

“For the first time in the history of the series, Skylanders Imaginators will give fans the power to create their very own Skylanders characters,” reads the announcement from Scott Lowe, Communications Manager for Activision. “Now, alongside the might of more than 300 new and existing Skylanders characters, players can now create their own heroes with endless combinations—complete with their own unique personality, appearance, attacks, abilities, and even catchphrases.

“Players will have unprecedented control over the look and feel of their characters, which can be used to play through Imaginators’ all-new story or through local cooperative multiplayer. Best of all, players can transport their created Skylanders to other consoles through Creation Crystals, a new category of Skylanders toy, which store one character and are elementally aligned.”

But just because players can create their own Skylanders this time around doesn’t mean we won’t get a new set of colorful characters. Your created Skylander has to have a mentor, meaning you need to choose a character for them to learn moves from. The “Senseis” will be used to teach created characters various moves and abilities as the player decides.

As far as the story of Skylanders Imaginators, it’s pretty traditional stuff for the series. Players are tasked with stopping the evil Kaos after he unleashes an ancient power known as Mind Magic. He is trying to use it to create an invincible army of Doomlanders, and it is up to the player to thwart his plans.