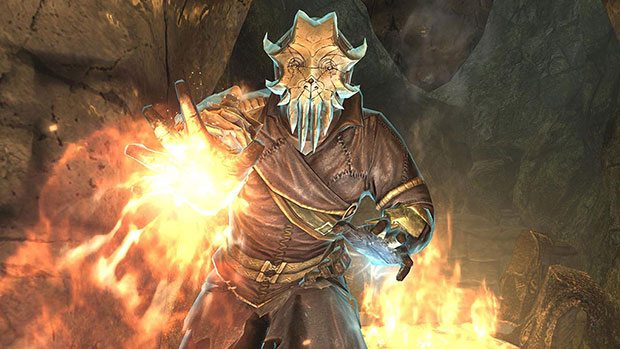 The third official add-on content for The Elder Scrolls V: Skyrim titled “Dragonborn” has arrived on Steam. This new expansion pack takes players to an island off the coast of Morrowind, where they’ll encounter new towns, dungeons, and quests leading to an ultimate battle with the first Dragonborn.

We loved the Dragonborn Expansion when we reviewed it for the Xbox 360 last year. Our review claims that Dragonborn “is the best of the three available expansions for Skyrim, because it offers the best of both worlds for it’s player. It’s got an engaging storyline that expands on the Elder Scrolls lore, and ample space to explore and uncover the many secrets that Solstheim holds.”

The Dragonborn Expansion is priced at $19.99 on Steam and is available now.