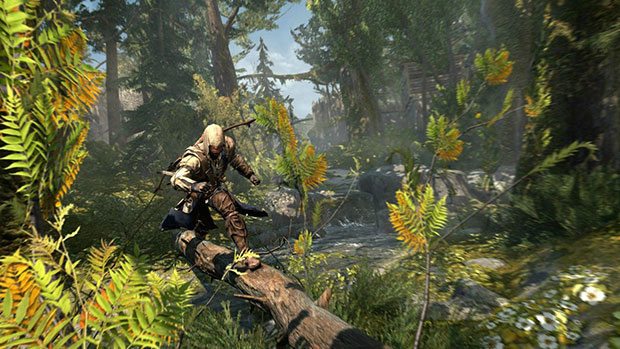 One of the inspirations for the inviting open world of Assassin’s Creed III was apparently Bethesda’s Skyrim title, according to Ubisoft’s Phillipe Bergeron. Bergeron explains that the Assassin’s Creed III team used lessons that they’d learned from the Elder Scrolls RPG for structuring the missions on their map in the game.

In an interview with Aus Gamers, Bergeron talks about how Skyrim influenced the upcoming title for his team at Ubisoft.

It’s hard to conceive that Assassin’s Creed III will have the same massive scope that Skyrim had in its huge open RPG world, but we’ll find out soon enough when the title arrives on the Xbox 360 and PlayStation on October 30th.