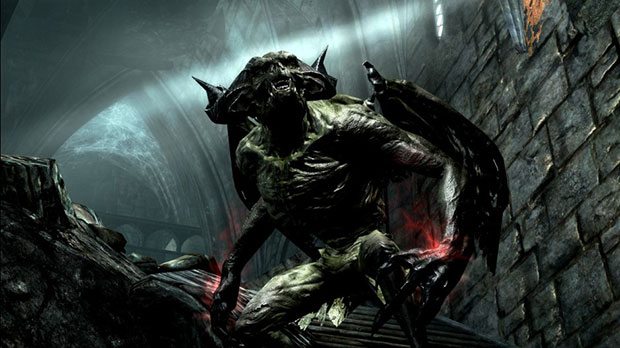 The Elder Scrolls V: Skyrim has a one month exclusivity window with the Xbox 360.  A priviledge that Microsoft probably pays a pretty penny for.  On June 26th, the first expansion for Skyrim arrived on the console, and tommorrow marks the end of that exclusivity period.

With a new patch on the way for the Xbox 360, PlayStation 3, and PC Bethesda could be prepping to unleash the vampiric themed expansion in the next PlayStation Store Update.  Bethesda hasn’t announced the exact date that the content will arrive on the PC and PS3.  Bethesda did recently say that patch 1.7 would arrive in the coming weeks, which will be a precursor to the arrival of the DLC.

The Skyrim Dawnguard expansion puts players in the middle of a war between a vampire named Lord Harkon and the Dawnguard.  Looking to use The Elder Scrolls to banish the sun once and for all, it’ll be up to you to pick a side and either stop or help this evil plan.  Featuring all new quest-lines that require you to be at least a level 10 in the main game to play, Skyrim Dawnguard arrived for 1600 MSP or $15.00 on the Xbox 360 and is expected to be the same price for PS3 and PC players.