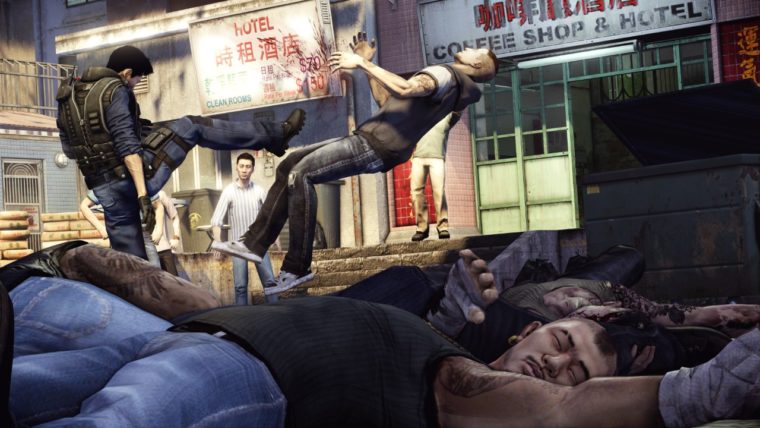 After an Amazon listing revealed the existence of Sleeping Dogs: Definitive Edition everyone was waiting for the official announcement, which came today via a new trailer. Strangely though, the trailer contains no in-game footage whatsoever. Instead viewers are treated to a live-action reenactment of many of the game’s locations and action.

Sleeping Dogs is an open-world action game set in a fictionalized Hong Kong. The game was originally released in 2012 for PS3, Xbox 360, and PC. The new Sleeping Dogs: Definitive Edition is a remastering of the old game which will be released on the new generation of consoles.

Wei Shen, an undercover cop, is tasked with taking down one of the world’s most fearsome criminal organisations from the inside… the Hong Kong Triads. As Wei’s infiltration goes ever deeper, questions of loyalty and betrayal are raised and Wei must realize that undercover, the rules are different.”

United Front Games had this to say about the new Sleeping Dogs: Definitive Edition, “We’re giving old and new fans a lot reasons to pick up the game, as we’ve gone beyond just increasing resolution and running at 1080p. We listened to the fans: we tuned gameplay, we added to the ambience of Hong Kong, increased audio fidelity and pushed the visuals further than we could on the previous generation of consoles.” Screenshots are available to view above. Sleeping Dogs: Definitive Edition is set to release on October 10th for Playstation 4 and Xbox One.

A sequel to Sleeping Dogs titled Sleeping Dogs: Triad Wars is currently being worked on by United Front Games and Square Enix. It is scheduled for a 2014 release, so fans should have a great time playing through the redesigned old game while they get ready for the new one.