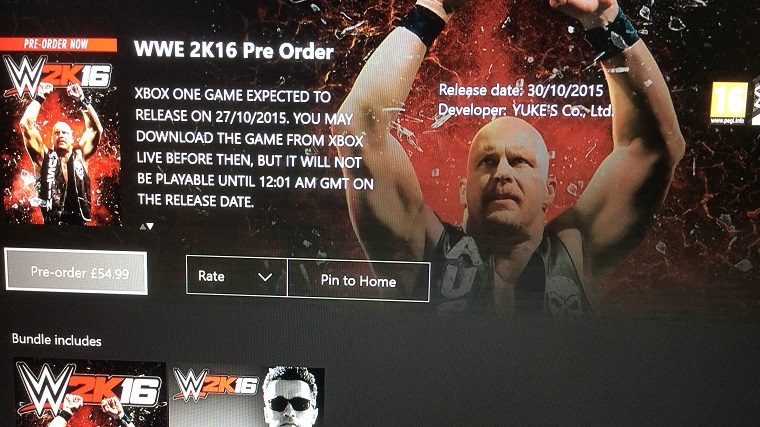 WWE 2K16 is up for pre-order on the Xbox Live Store in the UK. It reveals some interesting new details about the Season Pass DLC.

Thanks to Reddit user, ThePorts93, he posted up some of the official little details that were posted on the listing. It gives us an overview on what this year’s Season Pass will contain. Fans will be happy to know more wrestlers will be added and much more.

The WWE 2K16 Season Pass is set to include:

This is good news, although it was confirmed last month that the NXT Four Horsewomen aren’t included as part of the DLC. This group includes Sasha Banks, Bayley, Charlotte and Becky Lynch. It’s possible we may see other wrestlers though. Over 30 wrestlers sounds like a generous number.

Not to mention all of the DLC for WWE 2K16 will be released by March 31st, 2016. You will receive all the content before WrestleMania 32. After that, no additional DLC will be released as they’ll be focusing on WWE 2K17 by then.