SMITE Season 3 Kicks Off On Xbox One And PS4 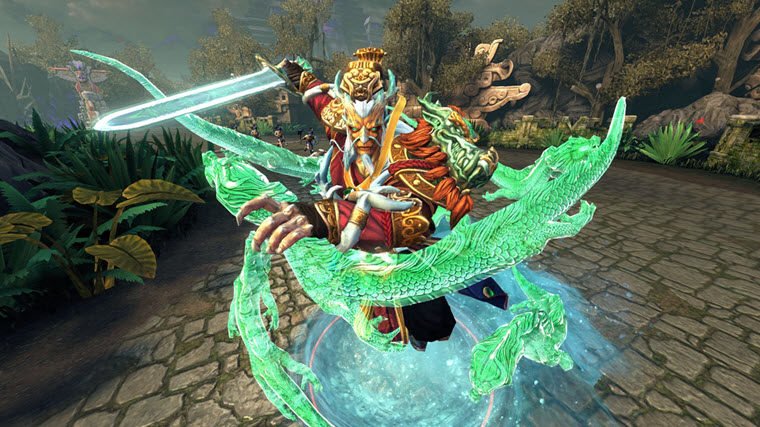 SMITE PC players began their fun with the game’s third season a couple of weeks ago. Now the Xbox One version and new PlayStation 4 release of the third-person MOBA finally received the plethora of changes in an update released Wednesday.

Season 3 of SMITE brings a massive list of changes. The headliners though include the introduction of the Japanese pantheon of Gods starting with Amaterasu. A new Joust map based on Chinese mythology. It’s a start contrast to the original medieval look of the map and is inspired by the Journey to the West novel with floating islands and waterfalls in the background of a Sky Palace.

The layout of the Joust map is changed as well with three buff camps to fight over, new NPCs, and a new mini boss.

Other major changes include the replacement of the daily reward system which gave players gems for logging in consecutive days. Daily Quests and a Quest Tracker takes its place. Players can take on up to two quests every day to earn Favor and ultimately gain a Gem bonus once enough are completed.

Another significant change to SMITE is the overhaul of Active Items into Relics. These are now free with the first Relic to be unlocked at level 1 and the second at level 12.

“Relics have the power of Tier 3 Actives, with an extended cooldown to compensate the fact that they are free and a single one is obtained early in the game,” Hi-Rez Studios explains in the patch notes. “We are excited to see how this system helps newer players get tools they need to survive, while veteran players will be able to make game impacting decisions through their choices.”

The PlayStation 4 version of SMITE is still in closed alpha testing. It is expected to go into closed beta testing this month before opening to all PS4 owners.