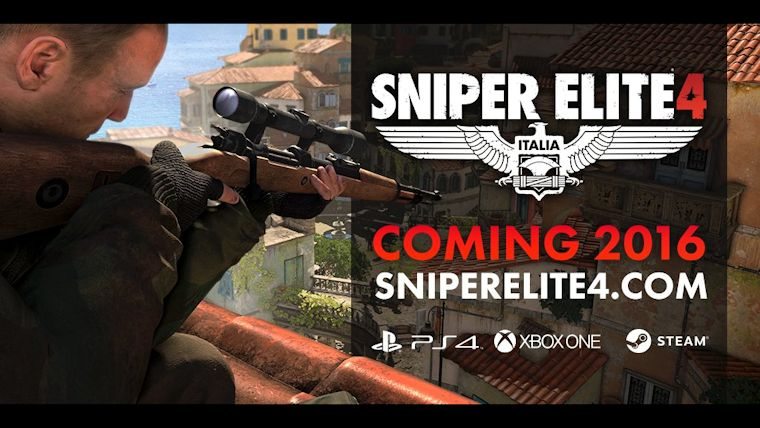 The Sniper Elite series first debuted back in 2005 before waiting seven years for a sequel. The series since has started to release at a much more rapid pace and following the latest entry in 2014, developer Rebellion has unveiled Sniper Elite 4.

Coming later in 2016, Sniper Elite 4 heads to Italy as a continuation of protagonist Karl Fairburne’s story. Taking place in 1943, you must help fight the rise of Fascism while taking down a major force that could cause major problems for Europe.

This reveal came courtesy of the official Rebellion YouTube page, where they shared the debut trailer for the game with a little information about the game added as well.

This obviously is pretty vague for now, but the locations shown in the reveal trailer look to be but a few of what we can expect from the full game when it releases later this year for Xbox One, PlayStation 4, and PC.

Make sure to check out the debut trailer for Sniper Elite 4 below and hopefully more information will come out in the near future with a more exact release date. The last game came out in July, so it will be interesting to see if this one follows a similar path or goes for the much more competitive Fall gaming season.