Once again, another KOF XIV character joins the action. 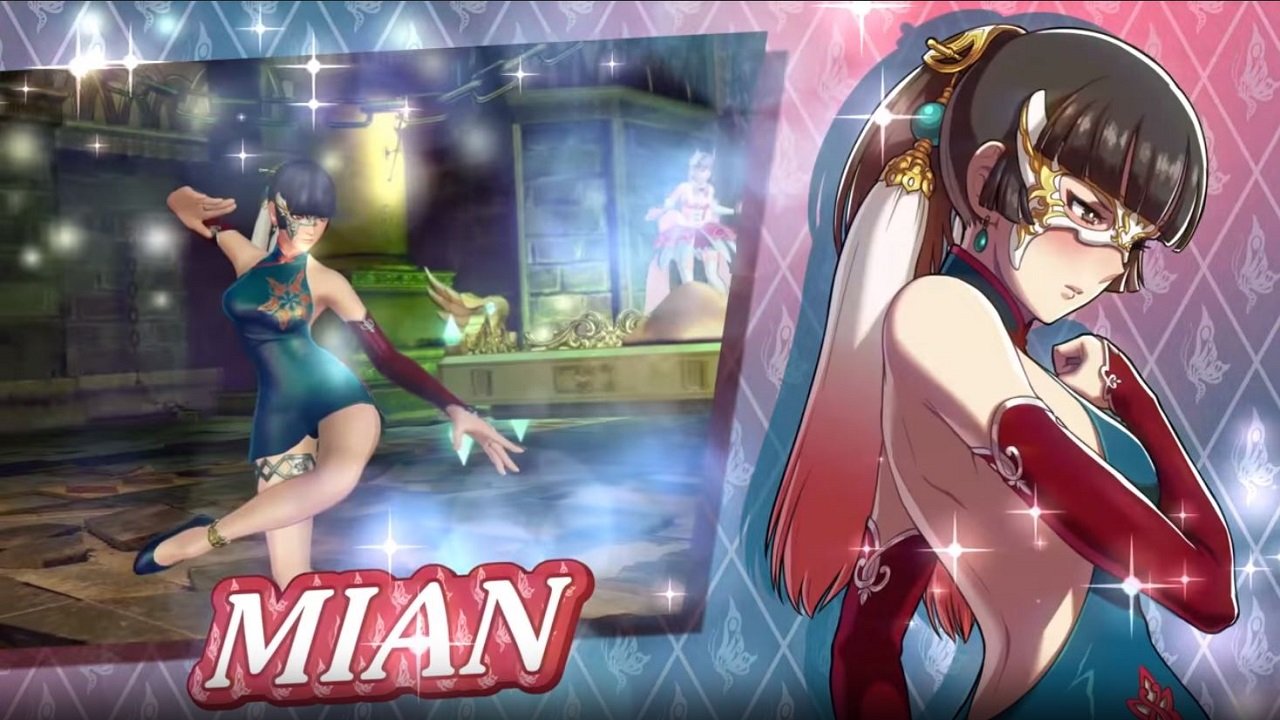 After an unlisted trailer revealed her inclusion, NIS America has released a trailer confirming that Luong, as well as Mian, will be joining the cast of SNK Heroines: Tag Team Frenzy.

Luong, as mentioned in a previous article, originated from The King of Fighters XIV and utilizes a fighting style revolving around stretching/snapping her legs like a whip.

Meanwhile, Mian — like Luong and a fair amount of other characters in the roster — made her first appearance in KOF XIV. She is a Chinese-born Sichuan opera dancer and is extremely shy, only taking off her mask in a few rare instances. Like Kula Diamond, she’s friends with Sylvie Paula Paula, and participates in underground tournaments.

As for her fighting style, she uses a martial art style known as Sichuan Bushinryu, which seems to make its practitioners experts at drop kicking people. This clearly carried over into Tag Team Frenzy, as Mian is seen using combos that allow her to use multiple drop kicks before touching the ground.

With Mian’s (and Luong’s) inclusion, we’re down to two more characters. I’m still banking on Mui Mui (Dragon Gal), Akari Ichijou (The Last Blade) or Ai (Neo Geo Battle Coliseum), as well as Miss X (SNK Gal’s Fighters), but it wouldn’t be at all surprising if the next two characters were from KOF XIV as well.

SNK Heroines: Tag Team Frenzy is due the PlayStation 4 and Nintendo Switch on Sept. 7.