Yet another newcomer from KOF XIV joins the fray. 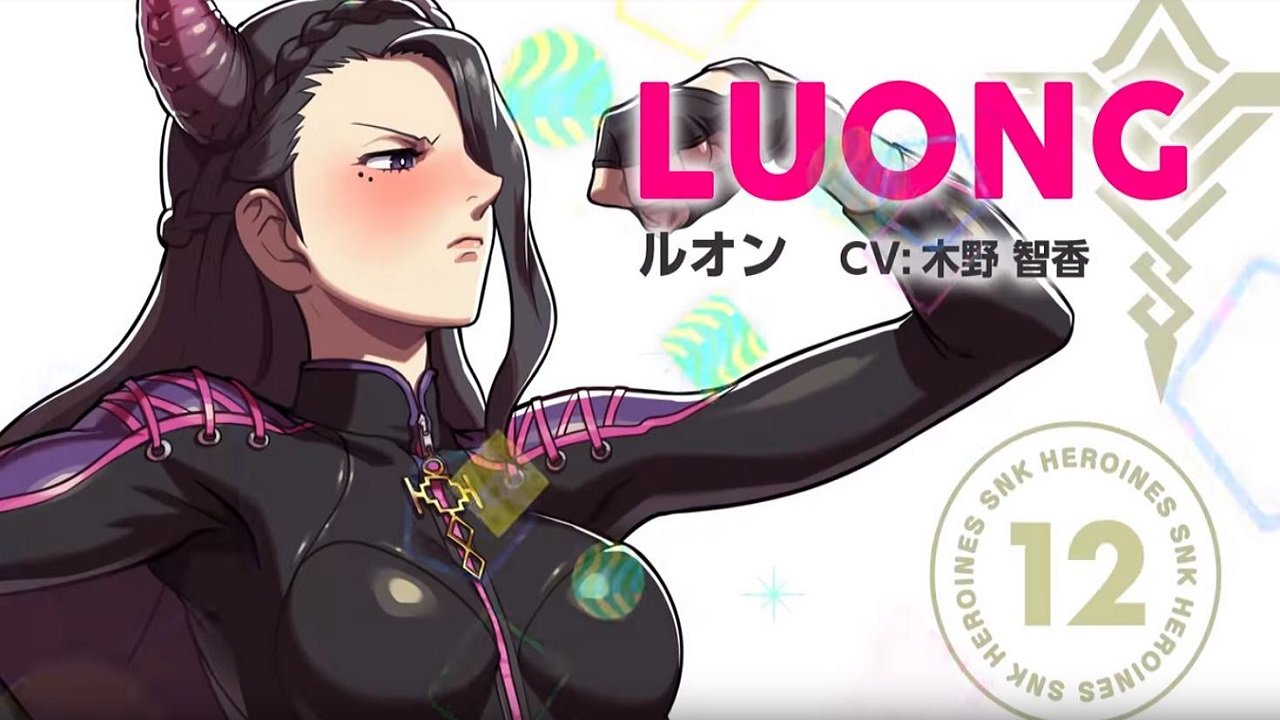 An unlisted trailer on YouTube has revealed the next character who will be coming to SNK Heroines: Tag Team Frenzy: Luong.

Much like Zarina and Sylvie Paula Paula, Luong is a newcomer to the KOF franchise, making her first appearance in The King of Fighters XIV. She’s rather mysterious and not much is known about her, but she displays two completely different attitudes depending on whether she’s fighting or not. In battle, she’s somewhat sadistic and likes to “play” with her opponents, while she likes to flirt with Gang-il (who she met and fell in love with during his world tour) and Kim when outside it.

As for her fighting style, she stretch and snap her legs like a whip in KOF XIV, but it doesn’t seem like that trait carried over to Tag Team Frenzy if the leaked trailer is any indication.

With Luong’s inclusion, we’re down to three more characters who have yet to be announced. Two of them are anyone’s guess (still banking on Mui Mui (Dragon Gal), Akari Ichijou (The Last Blade) or Ai (Neo Geo Battle Coliseum), personally), but it would be surprising (and unfortunate) if Miss X, the “antagonist” from SNK Gals’ Fighters, didn’t make the cut.

SNK Heroines: Tag Team Frenzy is due the PlayStation 4 and Nintendo Switch on Sept. 7.

Check out the trailer below (here’s a backup, just in case):