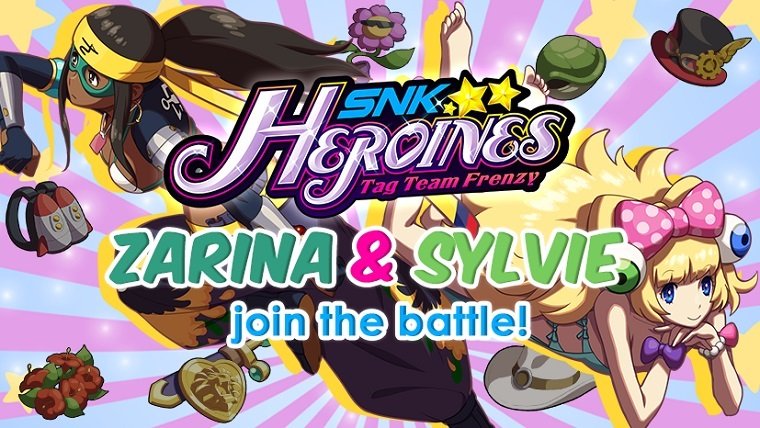 SNK has released yet another trailer revealing the next two characters who will be joining SNK Heroines: Tag Team Frenzy’s roster: Zarina and Sylvie Paula Paula.

If you aren’t as familiar with either character as you might be with the others, then that’s because both debuted in The King of Fighters’ most recent iteration, KOF XIV.

Zarina is from South America, using a combination of Chi Attacks, dancing and a toucan companion named Coco in order to fight her enemies. Meanwhile, Sylvie Paula Paula, like Kula Diamond, is an ex-member of a secret organization called NESTS. During her time as an active agent she was subject to a variety of experiments and her personality was permanently effected as a result, but it also left her with the ability to use electricity which she uses to zap her opponents into submission.

Following the Shermie’s reveal, it seems that SNK is now going with more conventional, obvious picks to fill out the rest of the roster. But if that’s the case, then where’s Miss X? Fans have begging for her since Day 1.