Society is Breaking Down Over Half Life 3

The latest news in the world of video games at Attack of the Fanboy
December 23rd, 2011 by William Schwartz 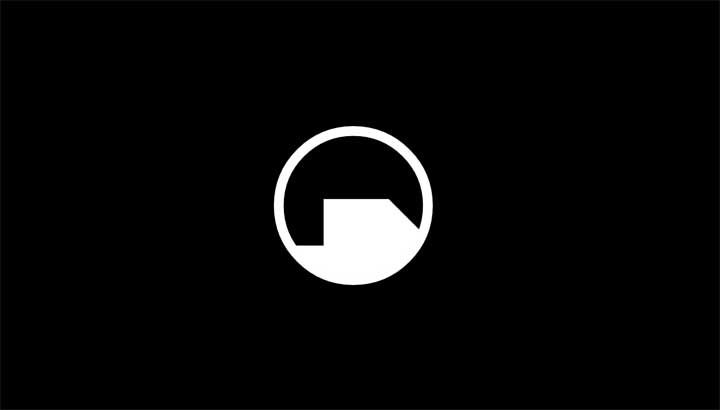 Two websites have popped up on the internet adding fuel to the ever growing Half Life 3 fire. Honestly, I originally didn’t want to write this article. However, I felt it was my journalistic duty to deliver more useless, potentially disappointing crap to you about yet another Half Life rumor to unleash itself this month. The two reasons that possessed me to tell you all about this are that this gives me an opportunity to rant about the ongoing Half Life mystery and that the registration of one of the websites is mildly interesting.

The first site to catch everyone’s attention is black-aperture.com, which bears a picture of the Lambda logo and some copyright material at the bottom of the page. It isn’t even worth it to analyze the page, it’s obviously fake. The logo links to the website for the Orange Box (actually it links to half-life3.com which was registered by Valve in 1999) and is registered by someone named David Hassen, who doesn’t seem to have any affiliation with Valve. The only thing going for this website is that it is registered with the same webhost as Valve’s official site. This is no different than the Battlefield 3 countdown clock fiasco a couple months ago, someone is simply just trolling the internet.

The second site is atramental-plateau.com, which simply displays the image above, which is just the Black Mesa logo on a black background and the subtext of the website’s link on Google simply states “E3 2012.” Evidently, ‘atramental’ means something along the lines of “inky and black” and the logo resembles a plateau, so obviously: Black Mesa. The image is somewhat crude, so first thought is that it’s fake. Although, the sight isn’t registered to any specific person, it is registered to “atramental-plateau.com Private Registrant.” What does this mean? Well, it could be Valve being mysterious, but it probably just means whoever registered the site was smart enough to not publicly list their name.

It’s understandable that as soon as something Half Life 3 related comes out, we get excited and hope the rumors are true, but let’s think about this for a second. Remember how Portal 2 was announced? Through encrypted code found in sound bytes that could only be accessed by playing Portal, and placing specific radios in certain locations of certain test chambers and all they revealed were bits of concept art. Now, would Valve announce their most mysterious and anticipated project through a crudely made, not so subtle image on a randomly named website registered to just some guy? Then again, it’s gotten to a point where if they did, no one would believe it…unless the game suddenly came out. That would be an interesting surprise, but wouldn’t that just feel like a giant middle finger to your face? The only ways Valve could top the way they announced Portal 2 are through an even cleverer ARG, announcing it at some major event without any warning at all, or by hacking every Steam user’s computer and replacing their desktop pictures with an image of the G-man, a Half Life 3 logo, and a release date.

The number of rumors to come out over the past few weeks has been obscene though. Thankfully, Valve is willing to declare that said rumors are fake without waiting too long. However, don’t lots of rumors start up shortly before some sort of announcement is made? Sometimes that’s true and Valve will probably make some sort of announcement in the future about Mr. Freeman (*knocks on wood*). However, it will probably be through a number of cryptic messages, no earlier than next year. Despite the fact that there have been many false rumors lately about the game, there’s no reason to think the game is dead. Valve would not cancel the next installment of their flagship title unless they have gone completely insane. At the very least, they would tell people about it.

The game was known to be in some sort of development at least by early 2010. Also, the game has been hinted at by Valve in cryptic messages on Steam, in the Portal 2 ARG, and even in Portal 2 itself. The Doug Rattman Twitter page (which may or may not be asociated with Valve) has also been going crazy with cryptic codes since the ever so amazing VGAs (yes, that was sarcasm). Though, it’s gotten to a point where Valve may need to start some sort of ARG soon. The people have reached a point where they are creating rumors, just to have something to be excited about. Come on Valve, the game doesn’t have to come out tomorrow, but can you give us SOMETHING to go on? I’m tired of reading the same rumor and writing the same article over and over again.

Home / Game News / Society is Breaking Down Over Half Life 3