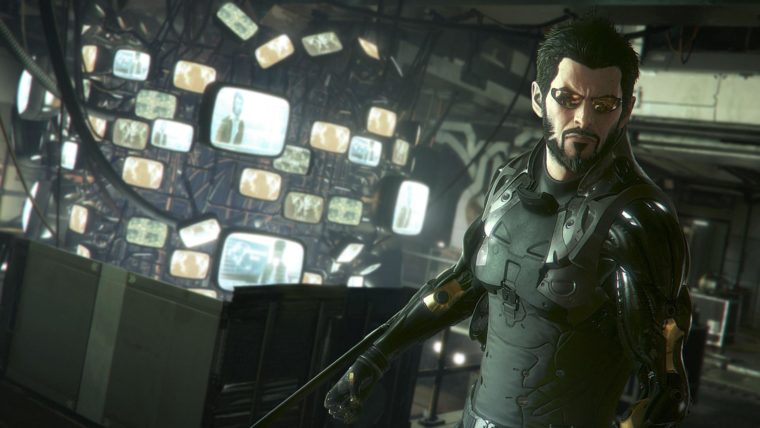 Some new footage from Deus Ex: Mankind Divided has now been shared during the Pax Australia 2015 event.

The new footage was shared on the PAX Aus Twitch page. You have to fast forward the stream to 2:19:35 until 3:11:40. It gives you some good new looks at the upcoming game.

The game’s Executive Narrative Director, Mary DeMarle, attended PAX Aus 2015 to present some footage from the game that is now available to the public.

From the 2:27:36 mark of the video, footage from an actual level is shown. This footage is not indicative for the full game because a lot of the story elements have been removed to avoid spoilers.

DeMarle noted that this level takes place about two thirds into the game. The footage shows quite a good chunk of gameplay from this level. She notes it’s just a very small portion of the level as it will have more things in the full game.

She explains this game gives the players options as you can take different paths and choose to be stealth or go in guns blazing. For this demonstration, she opted to go stealth first.

Later on, she uses action. She explained the combat has been improved since the last game to make it feel more “visceral”. Ammo can also be switched in-game. The footage also shows a lot of new augmentations too.

If you haven’t seen the footage before, it’s good to look at the Twitch video. It shows you a ton of Deus Ex: Mankind Divided gameplay.