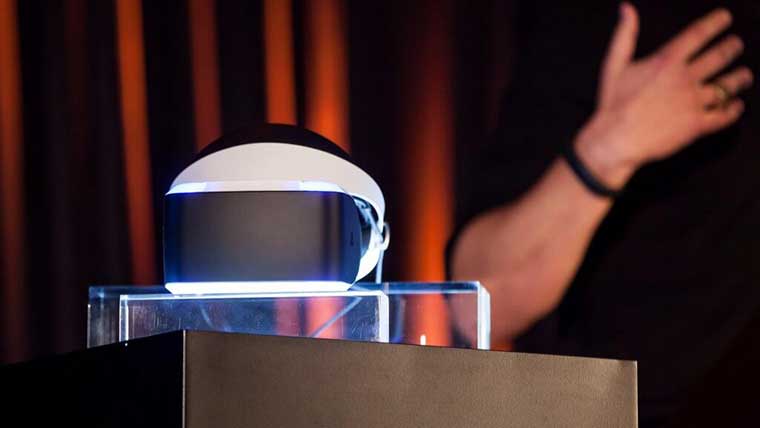 Virtual Reality is the next innovation from PlayStation, “Making games immersive has always been the goal of game creators,” said Sony at GDC. Called “Project Morpheus”, this virtual reality device is coming to the PlayStation 4.

VR is something you have to experience to understand, says Sony

The sleek and futuristic device shown by Sony is black and white with blue highlights, and Sony describes the device as a “work-in-progress”.

Alongside Shuhei Yoshida, Dr. Richard Marks of SCEA Research and Development explains, The concept of presence that VR brings is something you have to experience to understand. But this presence has six requirements with the Project Morpheus VR headset. “Sight, Sound, Tracking, Control, Ease of Use, and Content”.

Presence seems to be Sony’s selling point for Virtual Reality, and something they are building their technology around. Outlined in the slideshow of their presentation. For the PlayStation 4 Virtual Reality headset, Sony is aiming to keep latency low, keep framerate high, calibrate well, render clean images, and incorporate 3D Audio to seal the deal.”

Sony has also outed some of the specs for the headset, including 1080p display, with a 90 degree field of view. Tracking of the headset will be done by the PS4 PlayStation Camera, allowing you to turn in 360 degrees. Comfort also seems to be a top priority for the device, with the company claiming that it’s highly adjustable, comfortable for prolonged use, and supports custom headsets for complete immersion.

During the question and answer portion of the event, Sony did not offer any clarification on when we’ll hear more about final specs for the device, compatibility outside of the PS4, release date, or price. Sony plans to continue showcasing virtual reality during the Game Developer’s Conference, and we’ll likely be hearing more about this next innovation going forward.