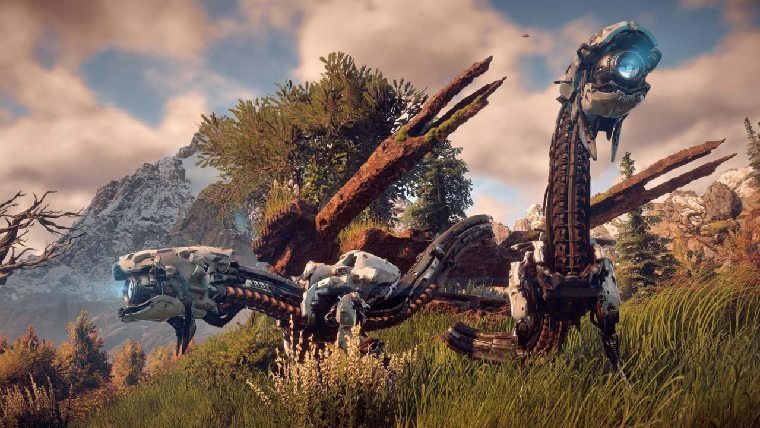 Guerilla Games has almost exclusively been known for their Killzone series, but they are trying some very different with the much anticipated Horizon Zero Dawn. With the game set to be released in early 2017, Sony has been continually promoting the game in interesting ways and the latest comes at PAX West.

Horizon Zero Dawn features a post-apocalyptic setting that has been taken over by robotic creatures. One of those types of creatures is known as a Watcher, and we previously saw them at E3 on the show floor.

Guerilla Games and Sony are keeping the hype up at PAX West too with a few Watchers being at the event, which they have showcased in a new video on the official PlayStation YouTube channel.

The video itself doesn’t really give us anything new involving the game, though it does start with a little bit of footage from the game. The rest is just showing off a pair of Watchers coming up and scaring people that are going through security to get into the building. This is most likely staged, but it’s still fun to see and the Watchers themselves are really cool to see in action.

Make sure to check out the video itself below and look for Horizon Zero Dawn to arrive exclusively for PlayStation 4 on February 28.