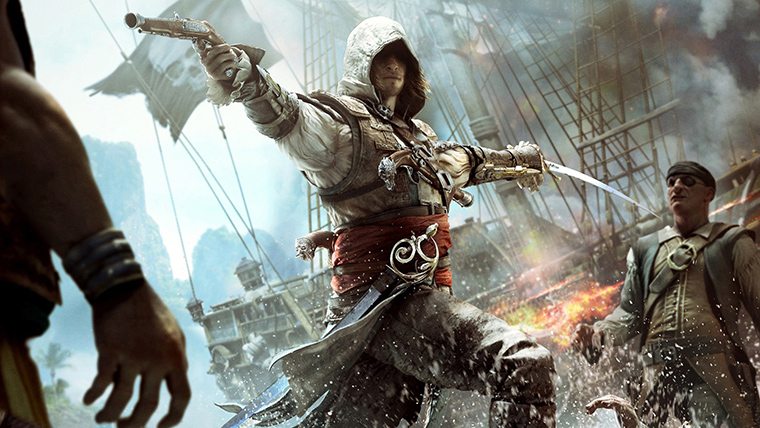 Back at Gamescom, Sony announced they they had a plan to allow users to upgrade select PS3 games to PS4 games through the PlayStation Store at a discounted price of $9.99. Today, through their PlayStation blog, Sony provided more details on this upgrade system.

According to Sony, the select titles are: Assassin’s Creed IV: Black Flag, Call of Duty: Ghosts, Battlefield 4 and Watch Dogs. And this offer applies for a limited time, so take advantage when you can.

According to Sony, if you bought the game through retail, there will be a code inside for you to redeem that will allow you to buy the PS4 version of that same game through the PlayStation Store for the discounted price of $9.99. Also, every time you wish to play the PlayStation 4 version of the game, the PS3 disc must be in the PS4 disc tray for you to activate and play the PS4 version of the game. In short, do not throw away or sell the PS3 disc. Also, Sony clarified because some gamers wondered if you needed to buy a PS4 to redeem the code. According to Sony, no you do not. You simply redeem the code and download the digital copy when you receive your PS4. 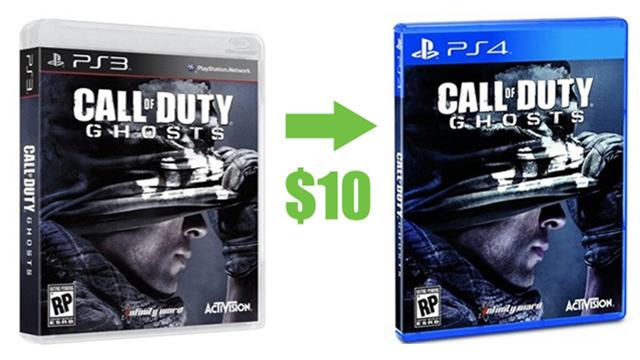 As stated beforehand, this program only lasts for a short time. According to Sony, you need to redeem the code and make the purchase before:

If you are still confused, here are the step-by-step instructions for retail and digital.

Disc Only
Step 1: Open an account on the PlayStation®Network (or log in to PlayStation®Network using your existing PlayStation®Network ID account).
Step 2: Select the PlayStation®Store icon on the PS3™ system home screen.
Step 3: On PlayStation®Store, select ‘Redeem Codes’ at the bottom of the menu.
Step 4: Enter the voucher code (“Code”) exactly as it appears on the voucher.
Step 5: Once the Code has been entered correctly, select ‘Continue’ on the dialog box.
Step 6: Select ‘Confirm’ to accept the Terms of Service.
Step 7: Select ‘Continue’ to complete Code redemption.
Step 8: The Code redemption is now complete. The Code cannot be used again or associated with a different SEN account. Once you have your PS4™ system, you can proceed with the next step.