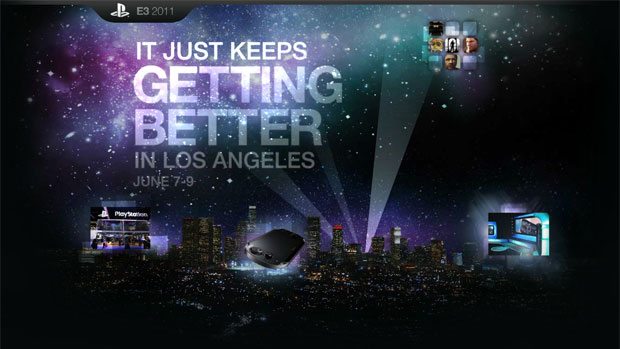 Sony has had its hands full with the PSN, getting the PlayStation Store returned, and not to mention the relentless hacking of multiple websites and other Sony branded gaming services, but if you thought that was going to hinder their E3 plans, you’d be wrong. Sony has launched their E3 2011 website, and will of course, have a strong presence at this years show.

Between the games we already know about, more details about the NGP, and any trickery that Sony may have up its sleeves, E3 2011 is sure to be a big one for the company. You can stay tuned for all the details coming out of Sony’s E3 Press Conference which will begin on Monday June 6th at 5pm PT.  If it’s anything like last years show, we’re in for a treat.  Between Kevin Butler’s rally cry, and Gaben’s Big announcement, it will be hard for Sony to top that, but I’m sure they’ll try.