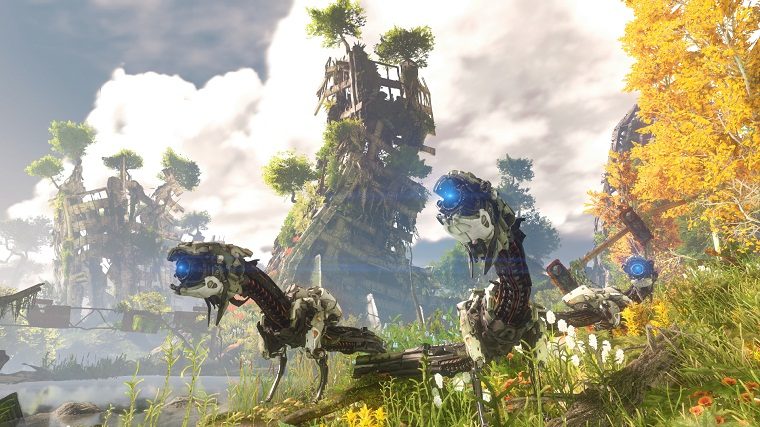 Sony is anticipating that Horizon: Zero Dawn will be a big franchise because the company has already put plans in place to license the IP for several merchandise products.

This report comes from Global License as the game will be at the  Brand Licensing Europe event next week. The report says Sony Computer Entertainment Europe plans to release “toys, collectibles, apparel, accessories, publishing and stationery” based on the upcoming game.

David Evans, SCEE’S European licensing manager, even commented that Horizon: Zero Dawn “presents an incredible licensing opportunity”.  He feels the uniqueness of the game will make it appeal to many gamers. Not to mention the game has a large post-apocalyptic world that players can explore for hours on end.

The game already wowed audiences earlier this year. Many people were impressed by it when gameplay footage was shown at E3 2015. Japanese gamers were also delighted when Sony showed a bit of the game at the Tokyo Game Show last month.

If the licensing deals are successful, I’m sure people will love to collect toys from Horizon: Zero Dawn. The robotic dinosaurs look awesome and would make for an impressive looking display piece for collectors. The game itself launches in late 2016 exclusively for the PS4.