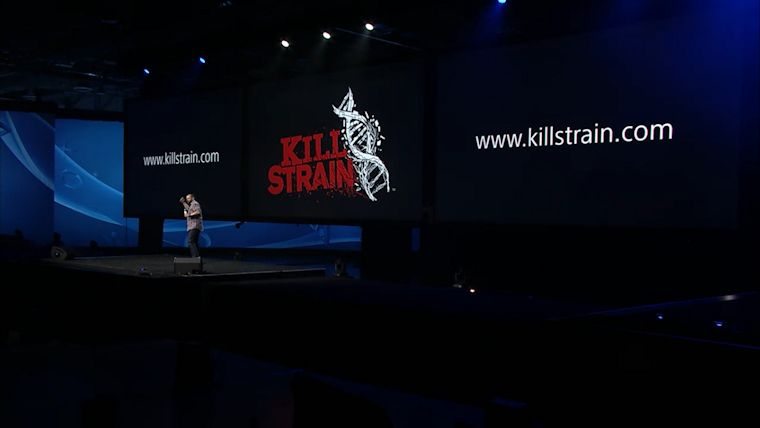 Sony San Diego has long been known as basically the developer who makes MLB: The Show. However, they took the PlayStation Experience as the perfect opportunity to unveil another project that a team at the studio is currently working on, this time a free-to-play game known as Kill Strain.

Almost no information about the game itself was revealed yet outside of it being a highly addicting top-down multiplayer experience. More info will be coming as today and tomorrow move forward on the showroom floor, but we did also learn a little bit about the release plans. Attendees at the event will have the opportunity to check out a pre-alpha state build of Kill Strain, which he said was pretty unprecedented for an event such as this.

He then said that Sony San Diego is planning a beta for some time in early 2015, which players can already sign up for at the game’s official website. However, as of this time, the website given is not live. It may go up very soon, so feel free to check out the hyperlink prior to see if it is up.

Hopefully we will learn a good bit more about the game this weekend, as the artwork looked very intriguing, but it is very hard to go off of that only.