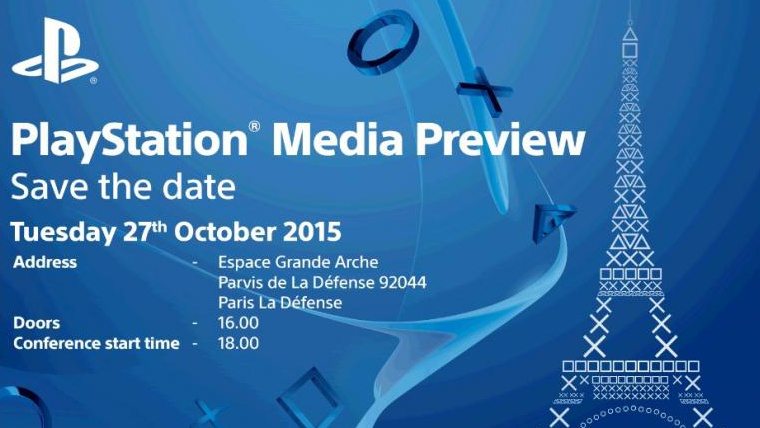 Sony raised eyebrows when they announced their intention to skip this year’s Gamescom, but they haven’t ignored the European region altogether. Having previously announced their attendance at this years Paris Games Show, they’ve now confirmed that their press conference is scheduled for 27th October, kicking off at 18.00 CEST.

Interestingly, the date coincides with the launch of Microsoft’s biggest exclusive for 2015, Halo 5: Guardians. Whether that is a coincidence, or whether Sony plan to steal Microsoft’s thunder, remains to be seen. Last year’s Gamescom saw Sony unveil Tearaway: Unfolded, Until Dawn, a host of exciting indie titles, as well as our first look at Bloodborne gameplay.

We can only speculate as to what Sony might reveal this year, but European studios Guerrilla Games (Horizon: Zero Dawn), Media Molecule (Dreams, Tearaway: Unfolded) and Paris based Quantic Dream (Heavy Rain, Beyond: Two Souls) could all make an appearance.

But the conferences don’t stop there from Sony. Before their attendance in Paris, they’ll also be appearing at the Tokyo Game Show in September, where you can expect to hear news about Persona 5, along with, hopefully, news on the Bloodborne DLC.

Sony round off the year with their second annual PlayStation Experience, which will take place on December 5th and 6th in San Francisco.