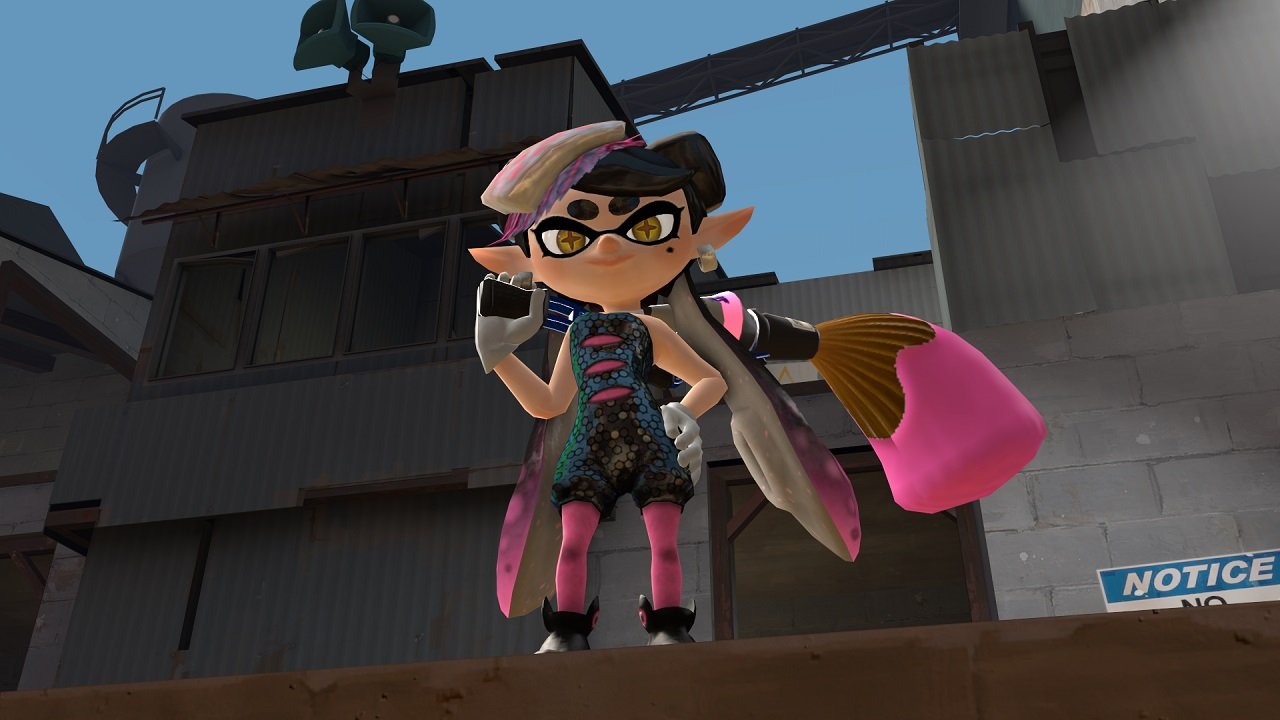 Somewhere along the spectrum between kid and squid is a black Scottish cyclops — well, at least according to Dr. Squidbot, creator of the popular Final Destination Team Fortress 2 mod and part of the team behind this Splatoon gameplay mod.

Splat Fortress is an in-progress game mode that leans heavily on imported Splatoon assets. Players join one of two teams of Demomen and use their weapons to paint the map with squares of team-colored ink. So far, so good. While the Demoman appears to be a stand-in for models that have yet to be ported to the game, they give this mod a distinctly Teufort feel that adds to the charm — especially with the right application of cosmetics. In the video below, you’ll be able to spot my personal favorite, the Demoman in an Octodad hat.

If you’re interested in their work, Dr. Squidbot has a Steam Workshop filled with models that have bee ported to Garry’s Mod and Source Film Maker — the latest of whom are from Splatoon, as well as a Steam group where updates and progress reports are posted. Splat Fortress is not yet available on the Steam Workshop, but its creators appear to be actively working on a release candidate, so fingers crossed for more news soon.