Splinter Cell: Blacklist will be more stealth oriented than Conviction 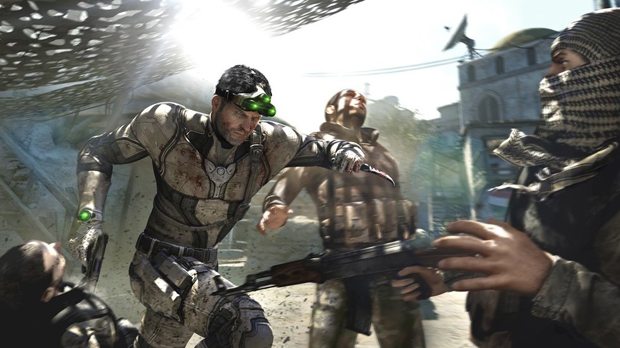 Splinter Cell: Blacklist was one of the big reveals for Ubisoft at E3 2012.  The return of Sam Fisher is always a big deal, but for long time fans of the game, Conviction was a departure from the norm.  Stealth tactics took a back seat to the mark and execute gameplay that took center stage.

We’re adding more feature for Action, we’ve added blindfire, things like that.  But we’re also bringing back and adding more stealth features also that just didn’t make it into Conviction.  So you know, dragging dead bodies is back, as well as some cool gadgets that’ll make it into the game.”

The Splinter Cell: Blacklist team isn’t gearing the game to one specific player type or another, according to Belande.  It’ll be up to the player to decide on how they want to play the game.  The team has three player archetypes that they are catering to.

The Action Hero:  The player that wants to get his hands dirty, wants to lob frags, and blindfire.

The Panter:  Between the extremes, this player wants to use all tools at his disposal to clear areas.

Belande briefly talks about an economy system that will reward players for completing objectives within these specific archetypes.  Alongside the return of Spies vs. Mercs, Splinter Cell: Blacklist could be the title that longtime fans of the franchise have been hoping for.  The return of Sam Fisher is scheduled for mid-2013.