The teasing is over, Spyro is returning with remastered trilogy. 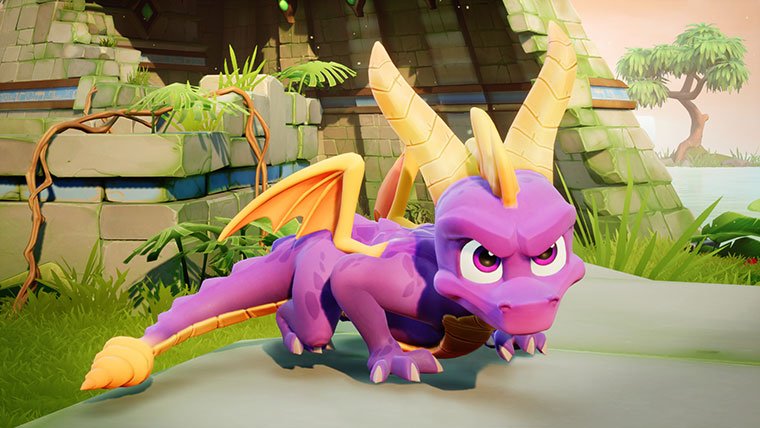 Following a tumultuous period of rumors, teases and leaks, Activision has announced that Spyro Reignited Trilogy is indeed real; finally confirming what many of us having suspected all along: Spyro is back.

The trailer itself is relatively short, but it confirms all that we need to know. The collection, as expected, will feature remastered versions the original three games: Spyro the Dragon (1998), Spyro 2: Ripto’s Rage! (1999), and Spyro: Year of the Dragon (2000) and will arrive for the PlayStation 4 and Xbox One (perhaps a Switch version will arrive in the upcoming months?) for $39.99 in Sept. 21, 2018.

Meanwhile, the gameplay and remastered graphics look quite sharp (as far as I can tell) and the trailer does a good job with the juxtaposition of the remastered and original versions of the games to emphasize just how much work was put into the Reignited Trilogy.

Here is an overview about the collection via Activision:

Spyro is back and bringing the heat in the Spyro Reignited Trilogy game collection. Now fans can rekindle the fire with the beloved video game icon like never before in the original three games that ignited a phenomenon, Spyro the Dragon, Spyro 2: Ripto’s Rage! and Spyro: Year of the Dragon. Featuring the same sick burns, same smoldering attitude and now all scaled up in stunning HD, players will enjoy this classic platformer that’s loaded with an incredible amount of new detail and improved graphics like it’s the first time. In Spyro Reignited Trilogy, gliding through the sky and flaring up bad guys is more fun on PlayStation 4, PlayStation 4 Pro and the family of Xbox One devices from Microsoft, including the Xbox One X. Spyro Reignited Trilogy launches on September 21, just in time to celebrate the 20th anniversary of the beloved purple dragon. Because when there’s a realm that needs saving, there’s only one dragon to call!