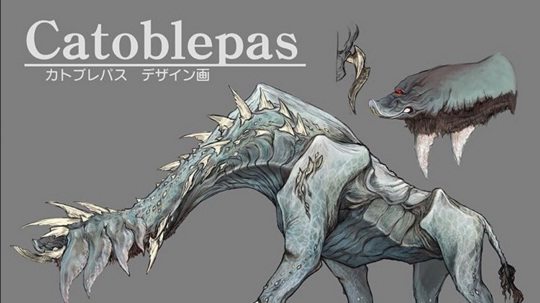 Square Enix has shared some Final Fantasy XV artwork and explains some of the design choices for some of the enemies in the game.

To celebrate Halloween this week, Square Enix shared some artwork on its official Final Fantasy XV Instagram page. It shared concept art for the monsters in the game and gave some thoughts on their design.

Here’s the explanation for Catoblepas: Art Designer, Chihiro Hashi states that “more than anything the monster is just really, really large, so we dedicated a lot of effort to getting the design on the highly visible face and leg sections not to look too goofy and ridiculous.”

Here’s some thoughts on the Mesmerize creature: “Art Director, Tomohiro Hasegawa shares an early stage monster design. He states that the design really captures a good balance between fantasy and realism. Upon brainstorming various ideas as a team, they felt that an idea to give it a kind of protuberance like a seahorse was intriguing, although it was hard work to try to get that idea looking like a plausible, real animal. “Mesmerize” is this creature’s name. Decide your weapon of choice when taking on their piercing attacks”

Here’s some info on the Goblin design: “The art team’s Hiromitsu Kawashima shares the “Goblin”. This monster doesn’t have any specific concept art and was created in an interesting and unusual way, with the character modeler producing the model directly from Yoshitaka Amano’s pictures.

This monster is the result of trying to insert the art created by Mr. Amano for FF2 into FFXV in a realistic way. It was very difficult finding the right balance to align on in order to capture both zoological realism and the unique character of Mr. Amano’s art.”